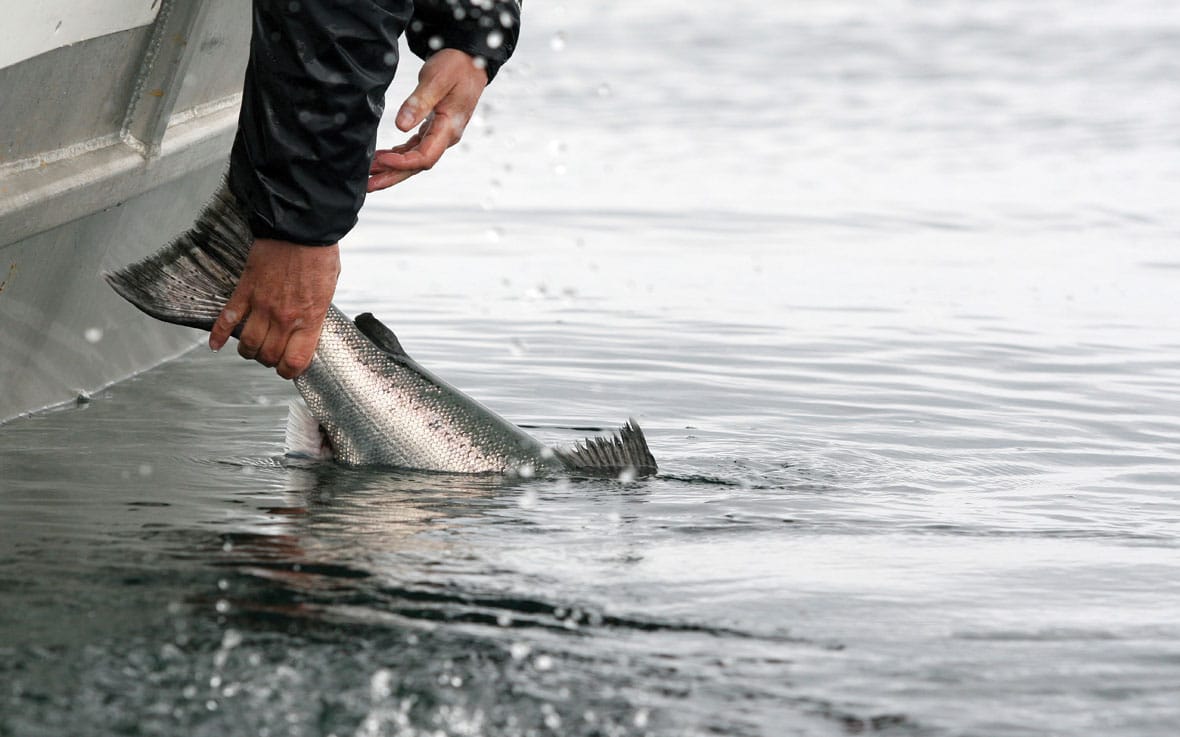 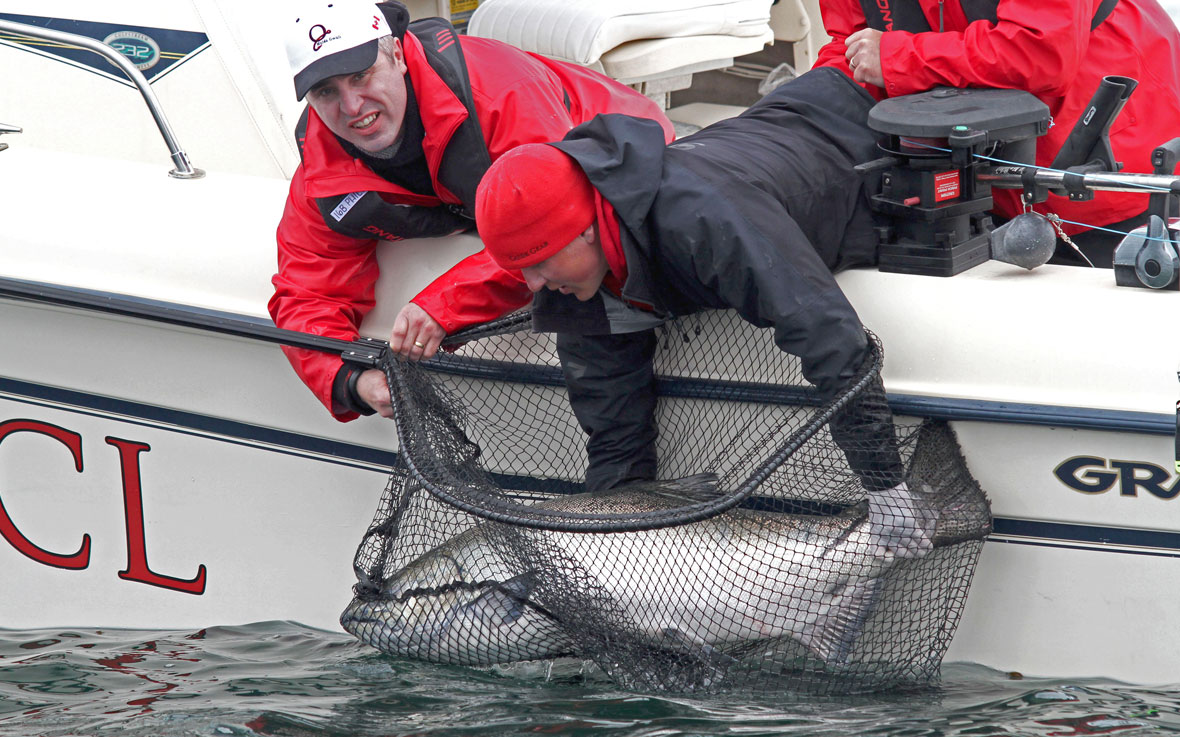 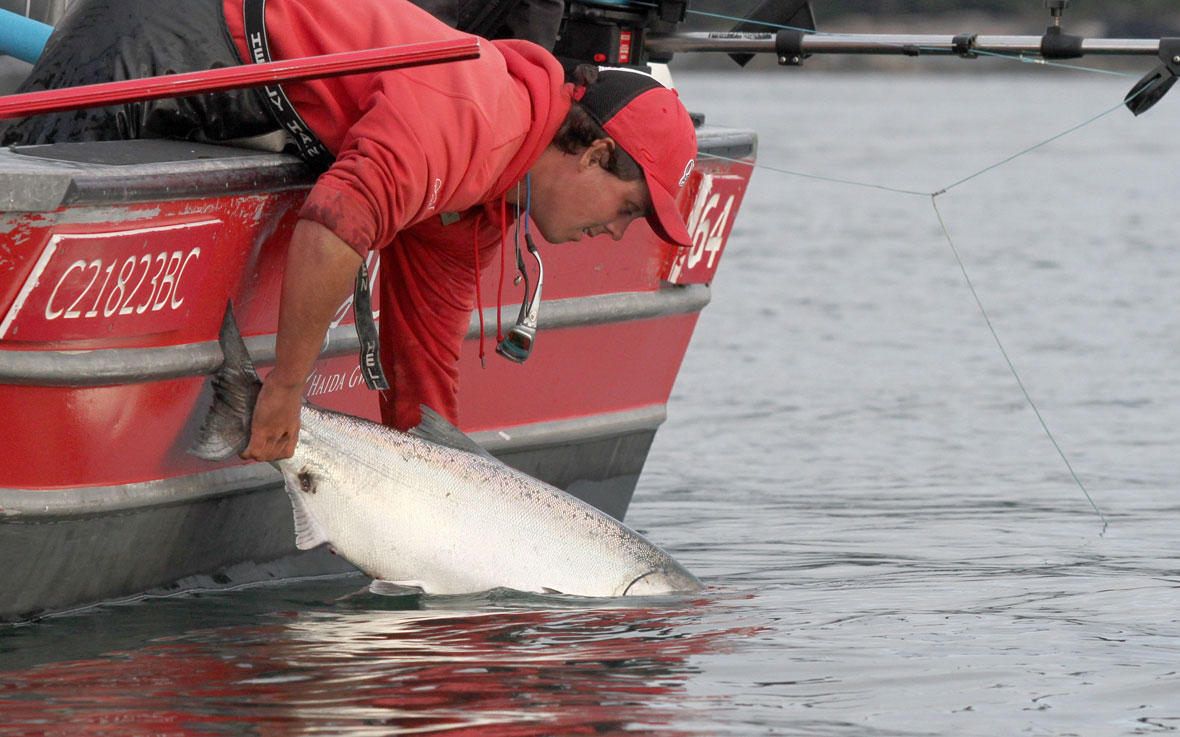 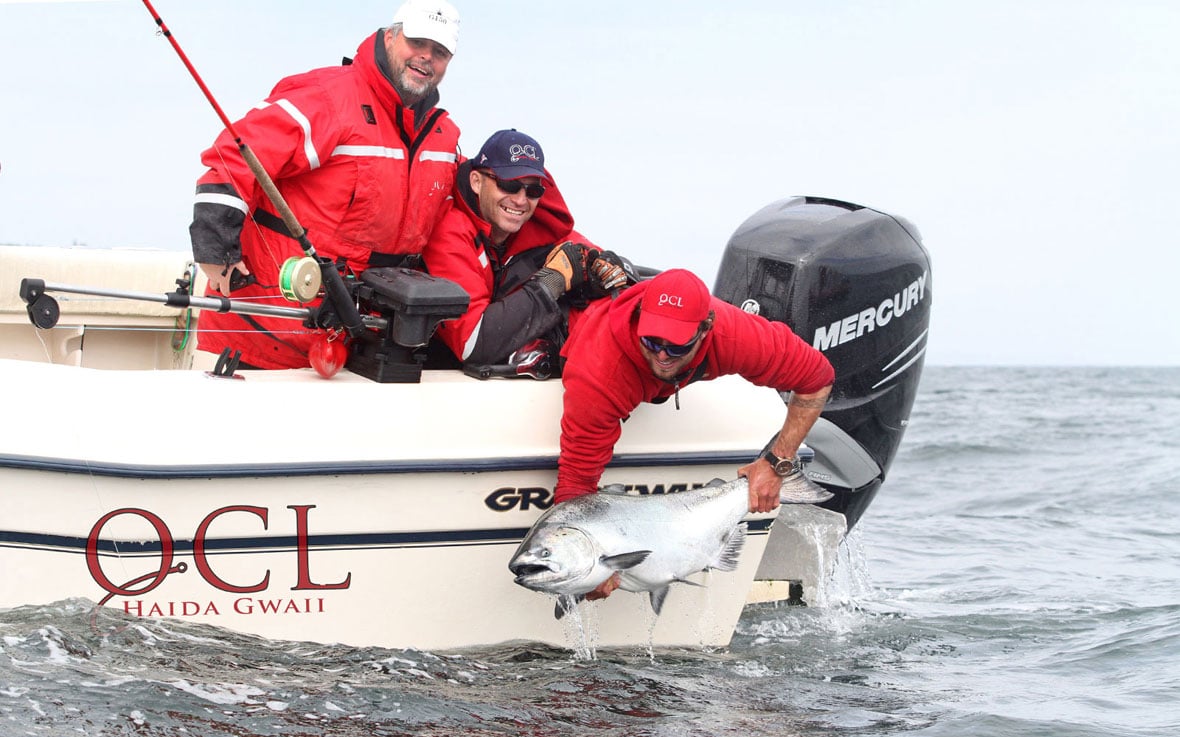 At Queen Charlotte Lodge we have developed a Catch and Release program designed to recognize and reward those anglers who choose to release fish, particularly large Tyee-class salmon.  We also have a fun way of celebrating the release of large fish when anglers arrive back at the dock, so be sure to have your camera ready at the Bell Ringer!

The results of several scientific field experiments, conducted right here on the North Coast, have shown that the survival rate of sport-caught salmon is greater than 85 percent, particularly when the fish are properly revived. Anglers are encouraged to let those big trophy fish go.

Chinook salmon over 50 pounds are anywhere from 5 to 8 years old and seem to run on a slower biological clock. They ignore nature’s call to return to their natal streams to spawn during their 4th winter.  Releasing large fish may allow that genetic trait to be passed on to their offspring, and should keep big fish swimming in our waters for future generations.

Check out this awesome catch & release video from last summer!

Full limits on Chinook Salmon with a 48.2 pound TYEE as his big catch of the week. We released that beauty in hopes that many others will catch the BIG Chinook in future years to come. Paul, THANK YOU for building the very best resort fishing lodge in the world! LOVE IT!