While many are drawn here initially to enjoy the fantastic fishing, our guests are always blown away by the place itself. There are so few places nowadays where we can really step away from the commotion of our daily lives. But with a quick jet flight and 15 minutes on a helicopter you can be out here on the edge of the continent! Now that’s an escape! While you’re here take time to discover some of the things that make Haida Gwaii unique.

Formerly called the Queen Charlotte Islands, Haida Gwaii is an archipelago 100 kilometres off the west coast of northern British Columbia. It’s an isolated group of over 200 islands, large and small, measuring about 80 km wide by 240 km long. Haida Gwaii is the most isolated land mass in Canada. It is sometimes referred to as the Canadian Galapagos.

Because of their remoteness, the islands are a natural laboratory for studying evolution. Several species of plants, lichens and moss are unique to Haida Gwaii. We actually have relatively few animal species here, at least not a lot of the ones you’d expect to see! The only real predator here is the Haida Gwaii black bear (Ursus americanus carlottae – one of the largest subspecies of black bear in the world). You’ll usually see them feeding along the shoreline, thriving on a diet of crabs and in the fall and winter, salmon. As a result they have developed larger jaws and teeth than black bears on the mainland. There are no grizzly bears, no wolves, coyotes or foxes, no cougars, lynx or bobcat either! There are only 10 native land mammals on Haida Gwaii and six of them are unique subspecies found nowhere else!

Archaeological records suggest that these islands have been inhabited as long as 12500 years. Through so many generations the Haida developed a complex and thriving society here. The name Haida Gwaii means “Islands of the People”. Evidence of Haida ancestry has been found in over 800 recorded archaeological sites on Haida Gwaii. Considering the results of the latest research here, it’s been suggested that the population on these islands could have been more than 10000 to as many as 30000 people. This is based on the discovery of many settlement sites in the southern islands, both above and well below the current shorelines.

First contact with Europeans came in 1774 with the arrival of the Spanish trading ship Santiago under Captain Juan Perez. Aboard his ship the Queen Charlotte, British Captain George Dixon initiated trade for sea otter pelts with the Haida in 1787. However, contact with Europeans had a devastating impact on the Haida with the introduction of diseases that they had never encountered. Through the mid-1800’s several epidemics of smallpox took a great toll on Haida villages – it’s estimated that approximately 95 percent of the population was wiped out by disease. An 1885 census by the Hudson Bay Company on Haida Gwaii counted only 800 Haida and by the turn of the century that number was reduced to about 700.

Against incredible odds the Haida culture survived and today there is a thriving population of approximately 4500, living on and away from the islands. Today, two of the original Haida villages on the islands are home to about 2500 Haida, Masset on the north shore of Graham Island and Skidegate about 100 km to the south in Skidegate Inlet.

Between 1911 and 1941 the lodge site was the home of the Naden Harbour Whaling Station. The Pacific Whaling Company built two stations in Haida Gwaii, the second was located at Rose Harbour on Kungit Island at the very southern tip. Whales were hunted during the summer months when whalers went out in coal-fired, steam-powered, steel-hulled ships to the deep waters off the island’s west coast.

Between 1911 and 1941 over 3000 whales were taken at Naden Harbour station plus another 5000 in Rose Harbour. The valuable oil was used for lamp oil, candles, machine lubricant, cosmetics, explosives, glue, insulin, margarine & soap. Actually much of the whale was used in one form or another – the bones were ground and dried into bone meal and the rest was processed into fertilizer. The stations finally shut down in 1941 and were dismantled by 1943. The war made work at sea impossible and demand for whale products had dwindled as the petroleum industry emerged.

Today we are very fortunate to see whales regularly on our fishing grounds. Humpbacks migrate here after wintering in Hawaii to feed in the food-rich waters off Haida Gwaii and Alaska. Grey whales also migrate here from Baja California, mainly along the island’s east coast north toward Alaska. Orca pass through the area all year ‘round and during the summer we regularly see them, sometimes in small groups of 3-6 transients combing the shoreline in search of seals or in large groups of 20-30 residents moving further offshore, feeding on salmon. Occasionally we’ll see other species like Minke whales, Dall Porpoise and Pacific White-sided Dolphins. Encounters with any of these animals are truly awe inspiring and certainly get us all excited whenever they show up! 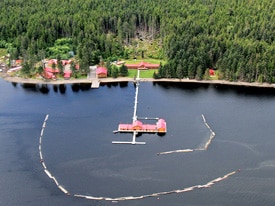 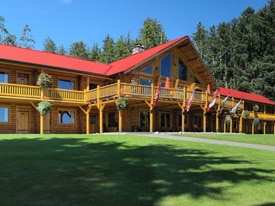 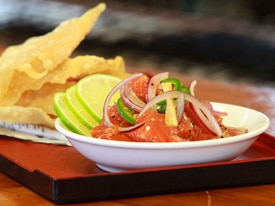 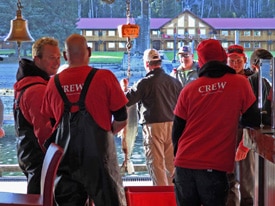 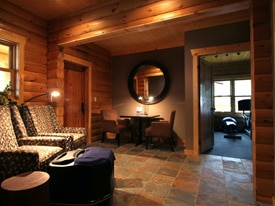 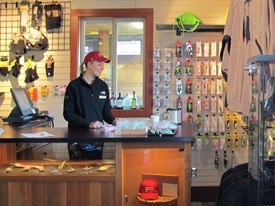 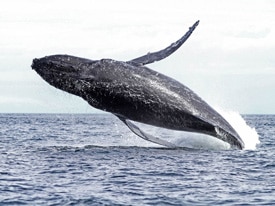 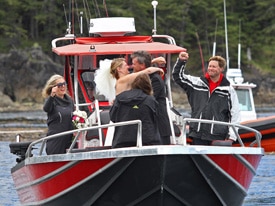 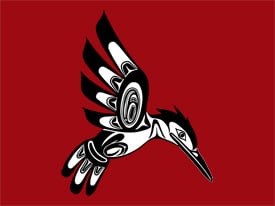 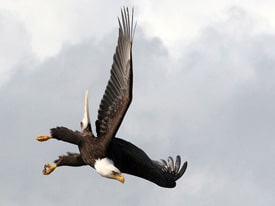 I truly believe we do not understand how valuable it is that we take the time to spend with those special people around us, to appreciate the natural beauty of British Columbia. To have this opportunity to join all of the QCL Staff in the Queen Charlottes is a true privilege and honor, they work hard to make this the best experience possible for every client. I will bring my son each and every year I can and hope I will be able to also bring my grandchildren too in the future.