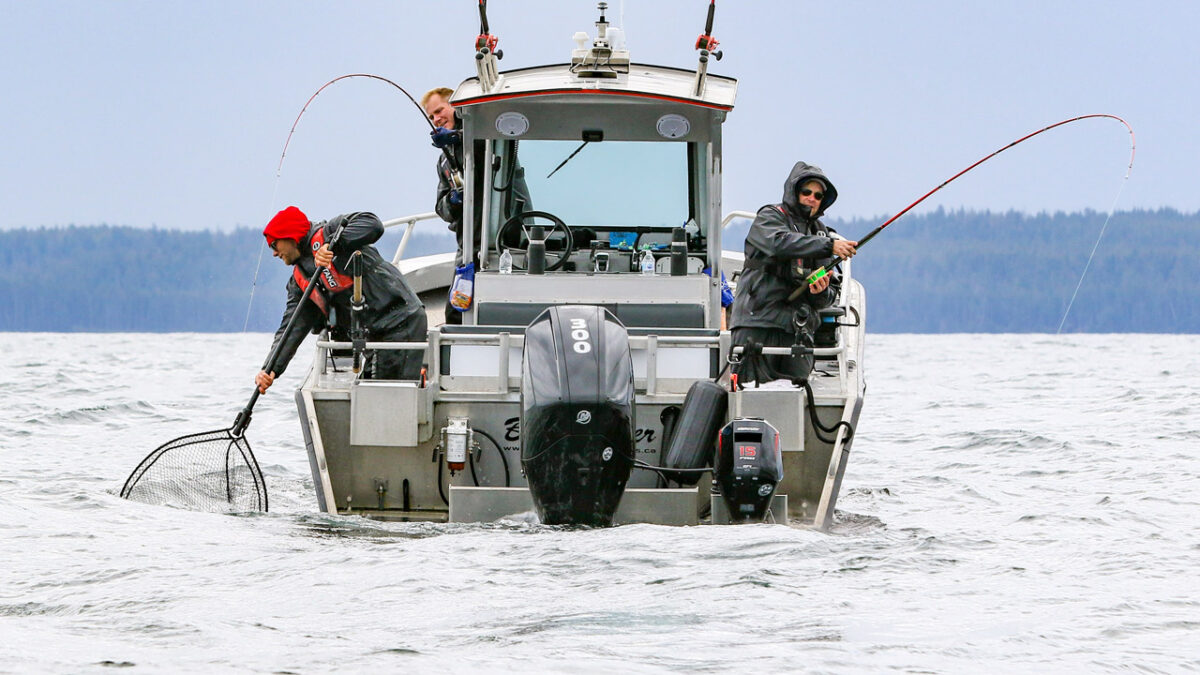 Two weeks of steady, moderate and predictable northwesterly weather has been an unusual treat up here!  Looking ahead, it appears that we’ll see light variable winds start on Tuesday and carry on towards the weekend.  The good weather has provided consistent fishing throughout the grounds with abundant salmon in a mix of all 5 species.  Anglers are enjoying lots of action, often provided by scrappy 10-12 pound Chinooks, 5-9 pound Cohos and Chum, and large, hungry Pink salmon! The larger Chinooks are there and we’re getting the occasional Tyee but anglers are thrilled to see one of those 20-plus beauties alongside the boat! 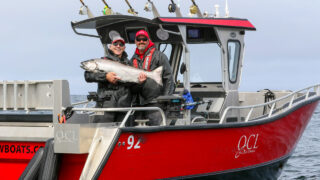 Productive Chinook fishing has been around the usual haunts between Cape Naden, Parker Point, Bird 2, Yatze and Green Point.  We’ve been able to fish the east side comfortably on the morning flood tides and Cape Edenshaw has produced its share of nice Spring salmon on most mornings.

The offshore jigging action has been equally reliable with great results for both halibut and lingcod. Many anglers are enjoying the ability to retain two halibut in one day; a couple of teen-sized fish provide lots of beautiful 1-pound portion-pacs to enjoy with friends and family.  But quite a few guests are finding one of those “overs” (20-70 lb) and happily settle for just one.  Our portion packing service sure comes in handy to preserve all of your precious catch right through to next year.  (if you can resist eating it all up sooner!)

And while you’re out there on the hunt for your big catch, you just never know who you might bump into!  QCL guests especially enjoy the almost constant presence of so much wildlife in the area.  Humpback whales, in particular, are feeding constantly in the same waters where we fish and frequently come around the boats, bringing thrills and chills to excited anglers!