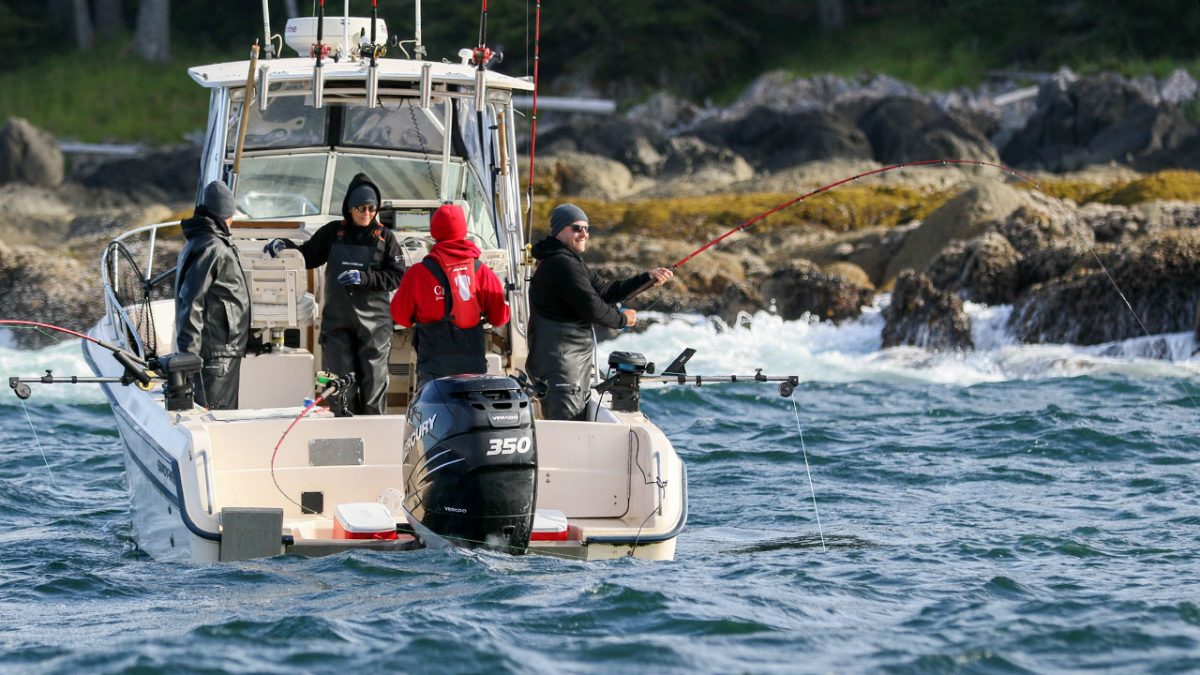 Over the last few days we have been getting some constant Northwest winds. Although it makes for some more difficult fishing conditions we find that the wind and water mixing blows in bait and salmon, and this time the winds did not disappoint.

This morning the seas were flattened out while the tide was flooding and as we made our way out to Bird 2 the sky was clear and the sun was just poking out on the horizon. As we came off plane we saw another one of the Grady Whites hook up deep in the bay and one of the Broadwaters get into a double header right off the point. As we dropped in things were looking good.

Although it took a few passes on the inside wall until we hooked up we got into a nice fish eventually. As a few more boats showed up we decided to pull gear and run to some less crowded fishing grounds. Up in Yatze bay we ended up hooking into quality Chinooks on every pass. In the wind and waves I always find it most effective to drift, pick up and run back up to drift again and today that was the ticket. We had all our Chinooks and a couple of good Coho before lunch and just drifted for the rest of the day.

Even though the northwest winds can be difficult, they are always welcomed! 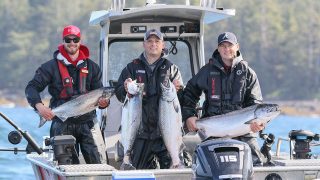 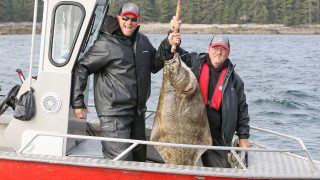 nextSeeing QCL from a New Perspective!