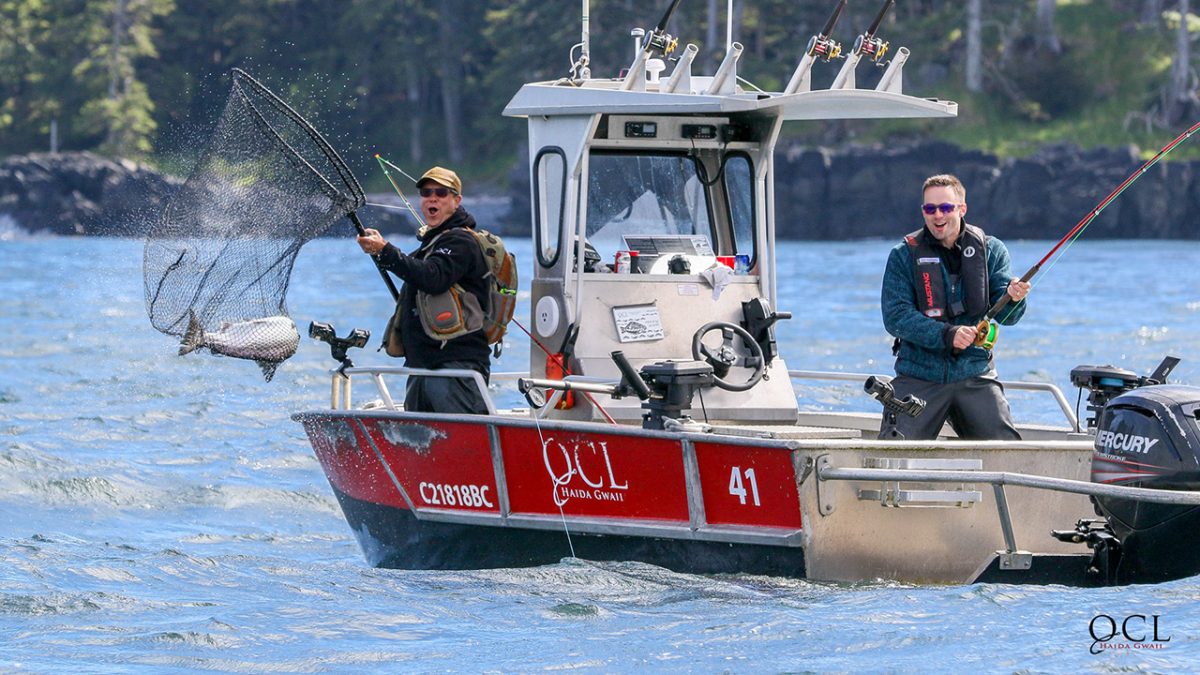 After a really nice stretch of northwesterly weather – sunny skies and some lumpy seas – QCL guests have been enjoying some pretty fine fishing action this week. Both bait and salmon moved back in closer to shore where we’re accustomed to finding them and the results showed up on the catch board as very good numbers of chunky twenty-something Chinooks.  While the Tyee bell hasn’t been ringing quite as often as usual, the fish boxes going home are nicely packed with those QCL portion-cut vac-pacs for our guests to share over the coming months! 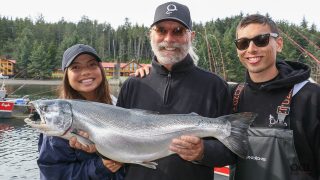 Beautiful calm seas on Friday found many of our boats fishing offshore again in the 130-200-foot zone, and having a blast hooking up with lots of aggressive Coho mixed with enough Chinooks to keep them on their guard, all in the top 50 feet.  Of course we’re starting to see the “silver princes of August” – those stunning teen-sized Coho that often smash the bait as soon as it hits the water.  Some nice 14-15 pounders have shown up at the Bell Ringer to grab everyone’s attention!  Of course we’re also weeding through a ton of Pink salmon as well this season – one way to ensure your bait is always fresh! 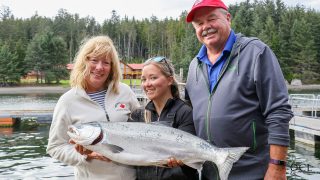 This weekend we’re on the flipside of the weather with moderate southeast & southwest winds, along with the rainfall that usually comes with.  The outlook for next week is light southerly winds going to moderate southwest by Thursday.  Tides are moderating with changes of only 8-10 feet. 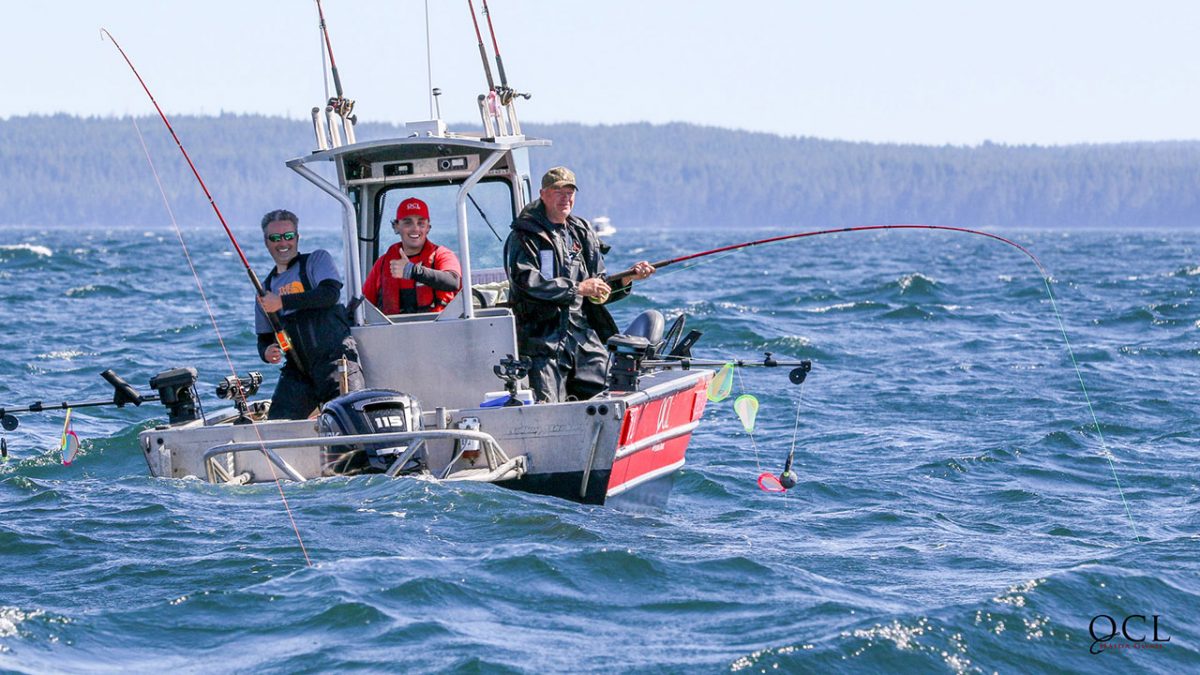 previousSeeing QCL from a New Perspective!