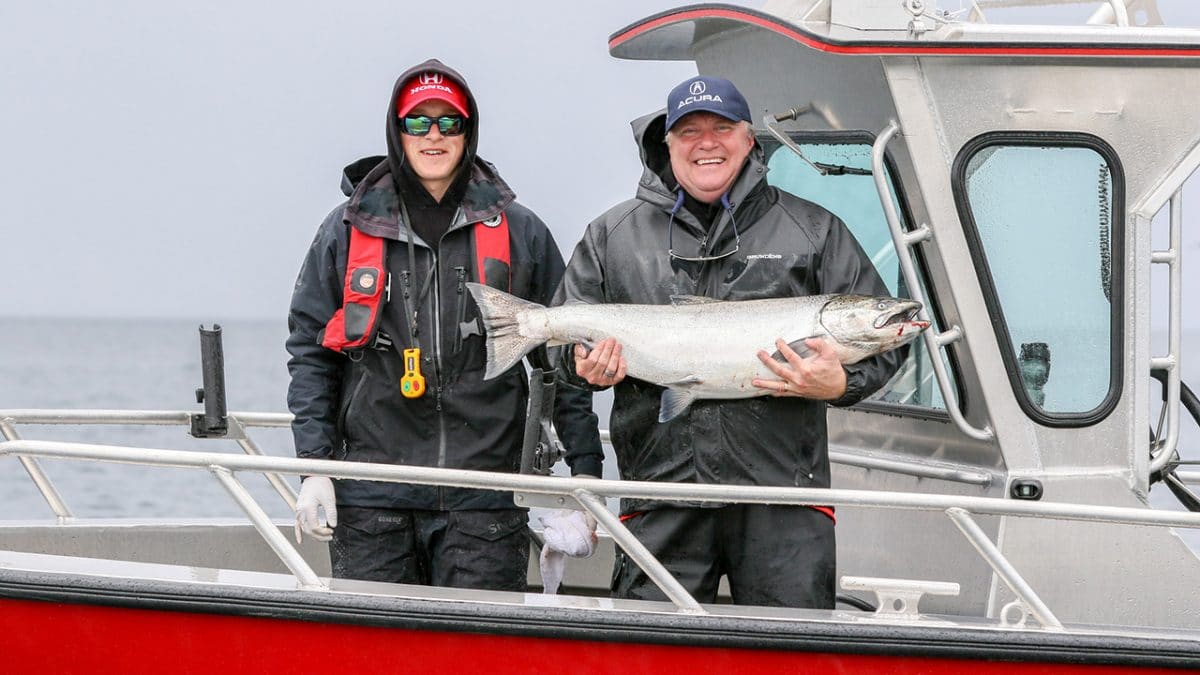 The past few days have consisted of ideal water conditions, with calm seas being the norm. This has made for great days on the water, as whale spouts and other wildlife can be spotted from miles away. In addition, these conditions have also allowed us work the points and kelp beds extra hard in search of big Chinook salmon. Although not hot and heavy, each day has seen many nice Chinook taken on the afternoon ebb and low slack tide. This has resulted in a couple of Tyee-class fish being caught on a daily basis. On the other hand, boats have been getting into better numbers of teen-sized fish when working the offshore tack at Green Point and and the waters around Cape Edenshaw. There have also been some schools of Coho starting to show up off of some of the offshore pinnacles. With all of this in mind, there are certainly many salmon fishing options to choose from right now.

Today I had to thank fellow guide Ryan Winger for some helpful insight. After lunch, my guests and I went out to the Hali grounds and pulled up a couple nice chickens. We were then looking to head back to the salmon grounds to finish off the afternoon. I gave Winger a call on the radio and asked him if he has at Parker Point or Bird Rock 2. He replied that he was at Parker and that it might be worth a shot. I started my tack from “Chucks Corner” and worked in tight towards the Point. With my inside rod only a few feet away from the kelp it dipped down and we had a sizzler on the line. After two long runs, we bagged a nice 18 lb fish. After a few more tacks we managed to pull in one more, smaller Chinook that ended up concluding our awesome day!