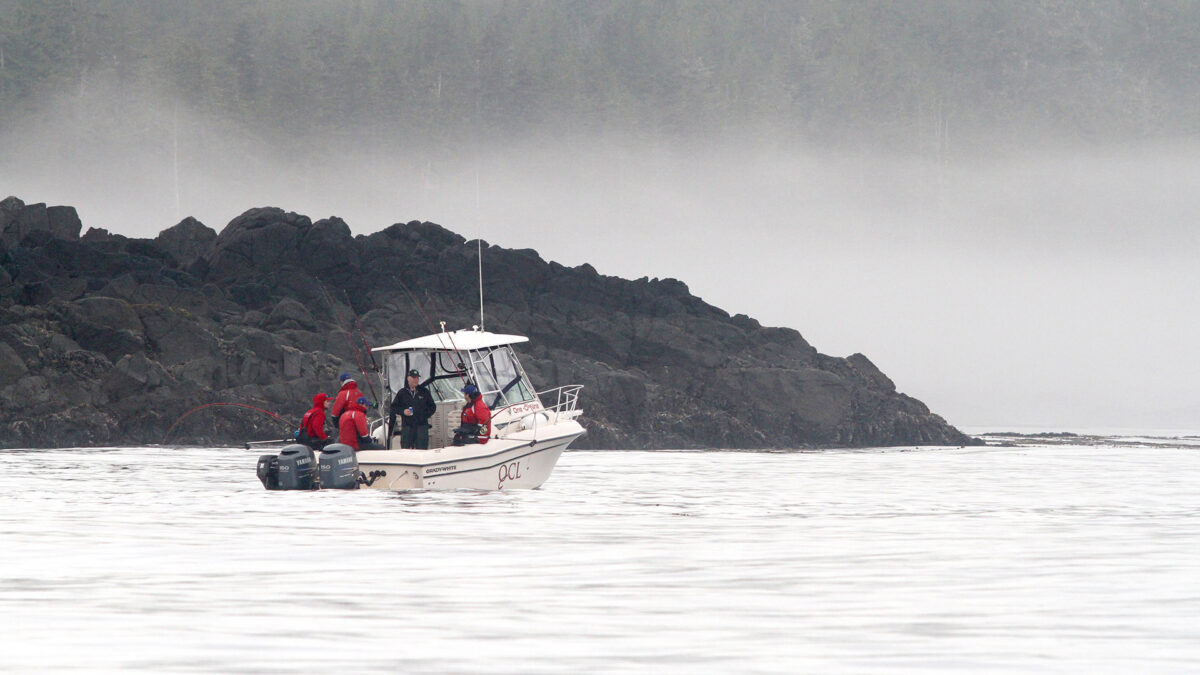 The Big One That Got Away

Before most fishing was done by downriggers and trolling, boats would go out and motor mooch for salmon. The fisherman would make a cut-plug herring and thread it on to hooks and a leader. The leader would then be tied to a 4 or 6 ounce weight and then the weight was tied directly on to the main line. This was the BC standard for fishing for Chinooks and Coho.

One day in the early 1990’s I had a chance to introduce a husband and wife to the fishing up in Haida Gwaii. We made our way from the dock out of Naden Harbour to fish at the famous Bird 1 hotspot. There had been quite a few very large Chinooks taken over the last few days so I was very excited to see how this brand new fisher couple would make out. The tide was soft and the seas were calm – ideal weather and water for fishing with newcomers to the game. They watched as I cut the herring and rigged it up. They listened carefully as I explained how to let the line out and put the rod in the rod holder. I demonstrated how a mooching single action reel works and I drilled them on what to watch for and do when the inevitable strike comes. After a little bit of Q&A they were ready to go. The wife saw it first. The almost imperceptible first pull by a Chinook on the herring. Almost before she could say anything, the rod took a strong downward bend as the Chinook was beginning to panic and feel the hook. She was like a coiled cobra as she sprung to the rod… a natural. She reeled down to the fish and struck it hard. Line screamed off of the reel and the line angled up as I knew we were going to get a good look at this fish. Sure enough he swirled distant from the boat and I could see his wide gold green back. Eight inches across and all of 50 pounds or more. I was the only one that saw the fish and I was surely not going to further compromise the first few minutes of the fight with a description of how large the fish was. For now, this was information for me to keep to myself.

The fight waged for more than 45 minutes. Long, strong runs were followed by deep sulking.  She had, by that point, developed her routine of pumping up the rod slowly, when the fish would give ground, and then franticly winding to pick up line and keep pressure. There was very little chatter as it seemed appropriate to let the wife focus on the giant Tyee salmon. Forty-five minutes stretched into an hour and I could tell the fish was quickly tiring. The pumping became easier, the runs not as strong and purposeful, becoming more panicky and weak.

Then it happened. Right at the top of the pump the rod went slack. Clearly this Chinook had found a way to rip the hook out of its mouth. As always, I encouraged the fisher to wind quickly to see if the fish had simply turned and we needed to catch up with it. I knew it was gone but we had to try. Just as I was about to say that the fish was gone the rod started to twitch and shake and the line came in easily. In an instant I knew what had happened. The big fish was truly gone. As the lady reeled in the empty hooks a small 12 inch Coho juvenile salmon had raced after my red hooks mistaking them for krill shrimp. He was now hooked and coming quickly to the boat. Before I could explain anything, the exhausted lady angler had brought the tiny salmon to the side of the boat. She looked down in disbelief and exclaimed that if a 12-inch fish could fight that hard she did not think she would be able to land a really large salmon! 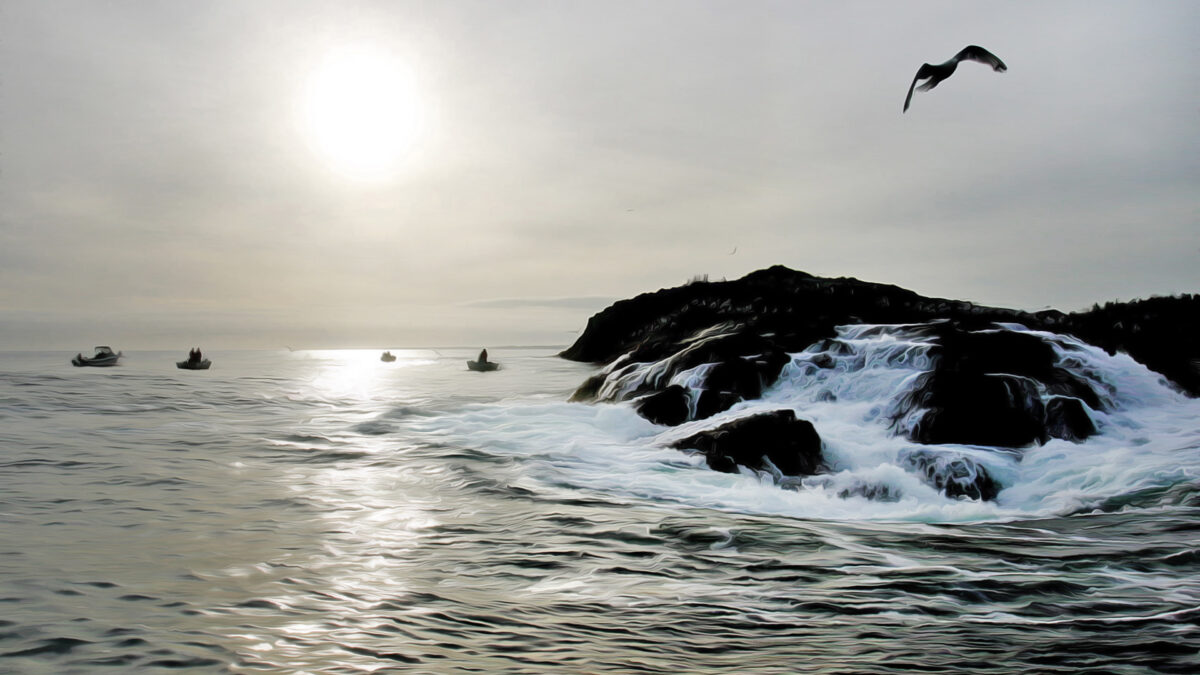