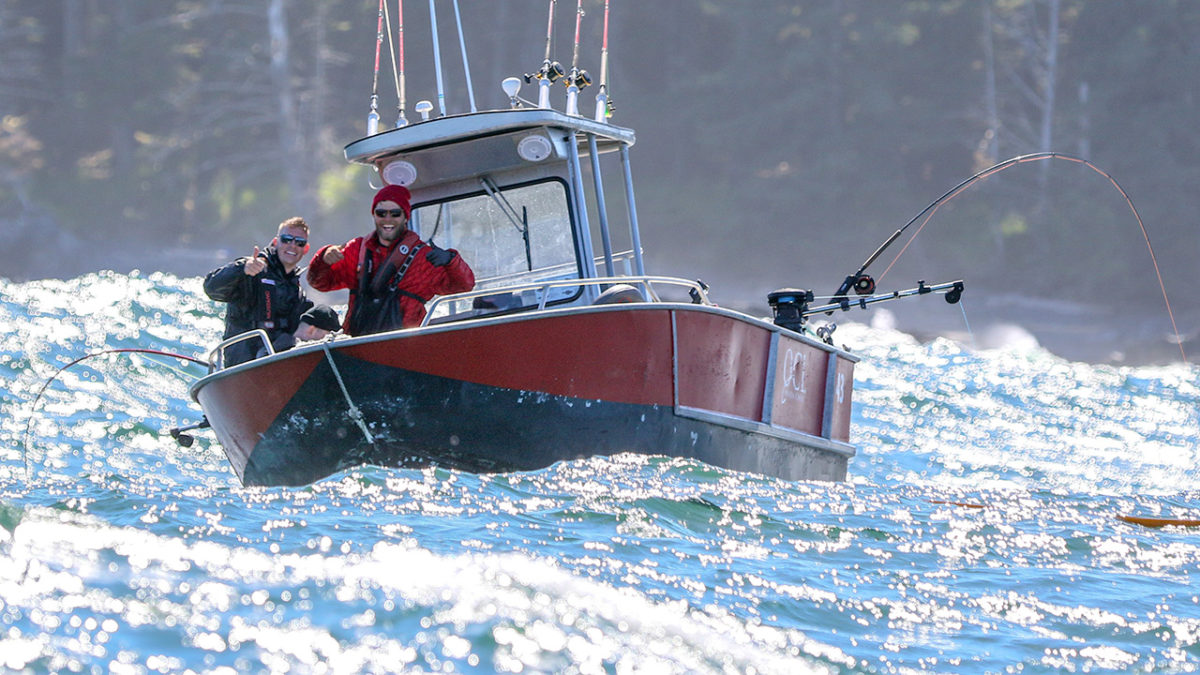 Painting the Canvas: a story of relativity

Never a bad day in Haida Gwaii, just some better than others. And while this will always remain true, it is a relative statement. The day and trip is what you make of it, just depends on what your mind set is. I am a firm believer that positive vibes yield positive results, what you define as positive is up to you.

As a guide I have the privilege of meeting and experiencing different people and things, and every trip is different. For some, it is a couple celebrating their anniversary, wanting to experience all the sights and sounds of Virago Sound. There is no need to necessarily target the sizzle of a large migratory Chinook salmon popping off the down rigger clip faster than you can you say “how you doing?”  Often the thrill of seeing a large Orca hunting, maybe the dreary bark of a large bull sea lion, even the aggressive deep water dive of an auklet will leave the most experience outdoorsmen in awe.

That being said, people flock from all corners of the world and country in search of a massive black-gummed salmonid. The feeling of coming around the corner of your favourite point and seeing a nice back eddy, then presenting your cut plug roll in just the right way and watching your rod get buried past the second eyelet will make even the most experienced angler salivate. Potentially forgetting to keep that tip up to let him run, Oh well, it’s all part of the fun when trying to hook and then subsequently land “Walter.”

For some it is hooking the fish of a lifetime; for others it’s taking in the sights and sounds of Haida Gwaii.  For most it is a balance of the two. At the end of the day whatever your muse, our job is to give and do our best to provide our guests with as much colour as possible to paint on the canvas which is their trip to Queen Charlotte Lodge in Haida Gwaii.  I look forward to painting further canvases in the future and trying to fulfill each guests dreams.