I’d like to welcome all QCL family, and fellow anglers to another addition of the Guide’s report.

Today was a spectacular day to be fishing in Haida Gwaii, better known on the west coast as the “Mecca” of salmon fishing. With a fresh push of fish entering the grounds, we knew we were in for a treat today! 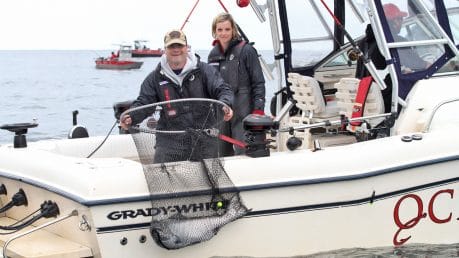 My guest was just shy of a Tyee last year, so I promised I’d make it up to him this season. It seemed after the initial push of the afternoon flood tide, Bird Rock 2 came to life with action. And after a few strips of line and some patience, we were onto one!  The big Chinook took a piece of herring at 6 pulls off the point, pretty textbook stuff for B2. The fight was heavy and lethargic, with the fish making multiple deep runs for the kelp. Fortunately, we were able to cut him off with the Grady every time. About 25 minutes into the fight we found ourselves in the west bay of B2, with a hungry sea lion in hot pursuit of our fish. 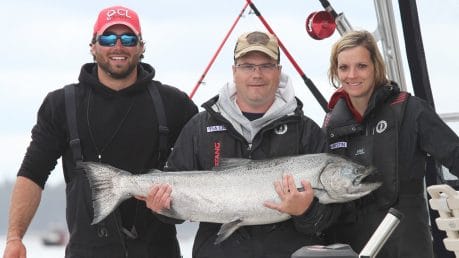 Thankfully we were able to scoop him up before the rock dog was able to do any real damage. When we motored offshore in an attempt to release the fish, we realized he had swallowed the hooks. Looks like he was coming back to the Bell Ringer with us after all! This one turned out to be a 34-pounder, a great way to finish the day and an unforgettable trip at QCL.

Until next time, tight lines!