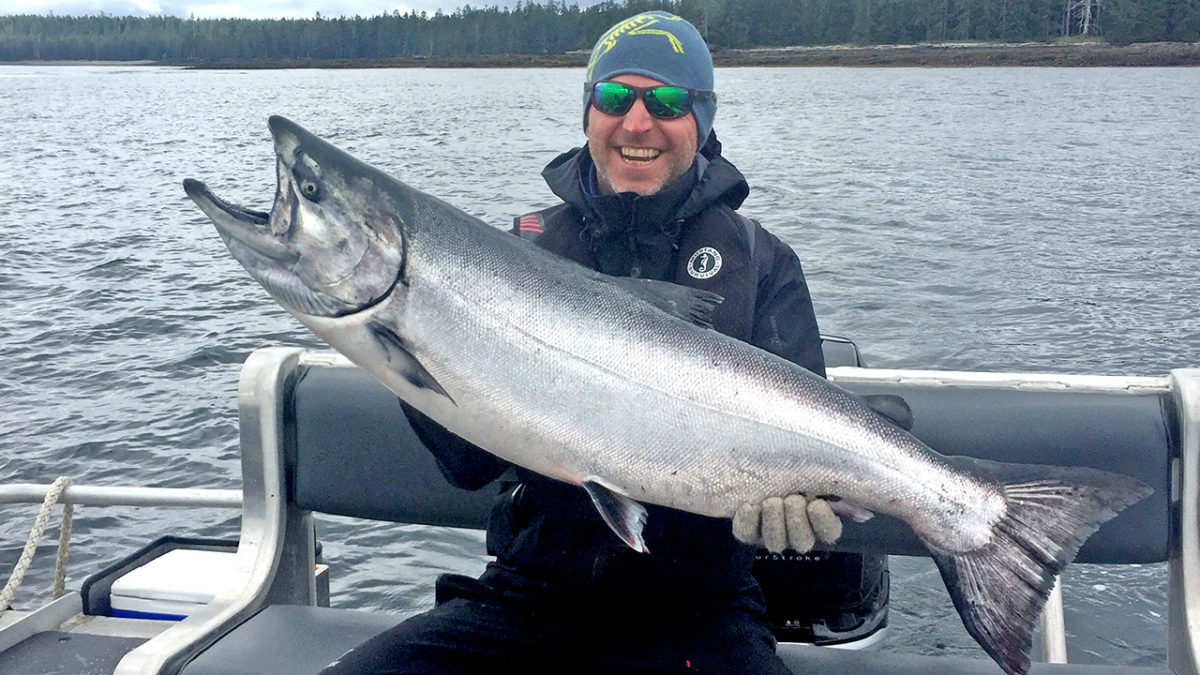 One of the coolest things about being a fishing guide in Haida Gwaii is the unknown of what each day will bring. No two days are ever the same, as the sea conditions, weather, and fishing are always different. Although we like to plan our day out and try to predict what might happen on each tide change, our plans are often altered due to the various scenarios that take place on the water. Today was no different.

With the first tide change not happening until around 10:30am, my longtime QCL guests John R. and Dan S. decided that we wouldn’t leave the dock until 8. My plan was to fish salmon a couple hours through the tide change, go out and grab a couple of Halibut, and then stop for lunch. The first part went according to plan; we set up shop for a couple of hours at Cape Naden with only 1 feeder spring to show for it that we ended up turning back. With not much happening through the slack tide I suggested we do one more pass and then run out for Halibut. On that pass we hooked another little feeder that popped off by the boat. A couple minutes after that I said, “Okay, let’s go grab some Hali’s”. Dan responded, “Come on, one more pass!” Sure enough, right near the end of that pass John had something pop the clip and then it was game on!

After a great battle we bagged a bright chrome Chinook that tipped the scales at 30.0 lb back at the Bell Ringer. Of course we weren’t going to leave now!  Before we could even get a third line back in the water, John again has something smash his bait but it quickly popped off. Within a few seconds our back rod started sizzling line and this time Dan was tied into a beauty! After an even longer fight than the first fish we put another one in the bag that weighed in at 26 lb. After a few more passes with no luck it was time for lunch at the DW.

Although the afternoon was not quite as eventful, we grabbed a couple decent chickens, did some Coho fishing offshore, and then finished the day back at Naden. During our final couple hours we were greeted with some rain showers, followed by blue skies, and calm waters, followed by strong gusts of wind out of the west. In addition, the flood tide brought in waves and waves of kelp that made it nearly impossible to keep all lines in the water at once. Once again, on one of our “last passes”, Dan was into another dandy. After a lengthy first run this fish managed to tangle the line into various large pieces of floating kelp. I thought numerous times that this fish was gone but today the fish gods were on our side. While I was steering the boat, John was able to use the gaff to unhook all the weeds from the line, which finally gave me an opportunity to slide the net under another beauty. It was a great team effort and a great way to finish off another adventurous day in the Gwaii!

Until next time, goodnight from Naden Harbour!