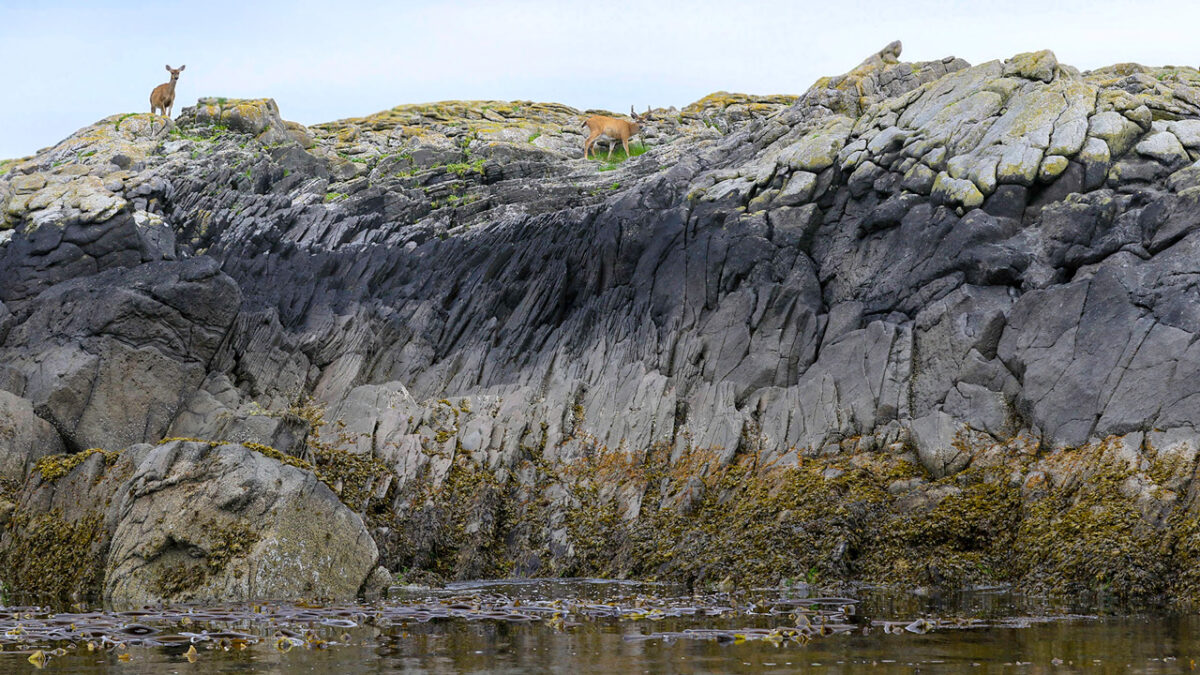 Getting in a boat and spending time out on the water is just the best medicine.  It’s so easy to lose track of whatever was on your mind – whether you want to or not!  Surrounded by all the natural wonders that we find here, you can’t avoid the purity of it.  Soak it up whenever you can!

QCL guests were definitely enjoying all of that this week with some great fishing, pretty nice weather and lots of nature.  A nice pair of Sitka Blacktails waded / swam their way over to big rock on Cape Naden for a little outing which we seldom see.  Several feeding Humpbacks and a travelling pod of resident Orcas added plenty of distraction to the collection of boats fishing off the top side on Sunday. 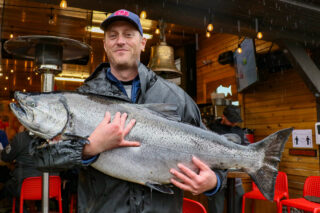 Fishing has been solid – most everyone is getting their share of salmon and halibut over the course of the trip and there are enough big fish out there to keep an angler on edge; you never know when one will show up!  Reg L. likes to celebrate his birthday with us every year and this time around he received an especially nice present – a 37 lb. Tyee!  Congrats Reg!  Joel A. released a 30-pound beauty on Sunday but the big fish of the trip, despite efforts to release him, had to come to the scale, where Jeff L. weighed him in at 48 pounds!  A wonderful fish Jeff!  Sometimes it just goes that way.  Lots of medium-sized Coho around now, ranging 5 to 8 pounds but we’re starting to see 9’s and 10’s as well.  They’re all exciting to catch and they’re amazing on the plate!

Weather this week is all westerlies and we’re seeing the sun for the first time in a while!  Big tides dictate the fishing schedule this week with last night’s new moon producing a 17.4 foot high tonight and a 0.7 foot low tomorrow morning!