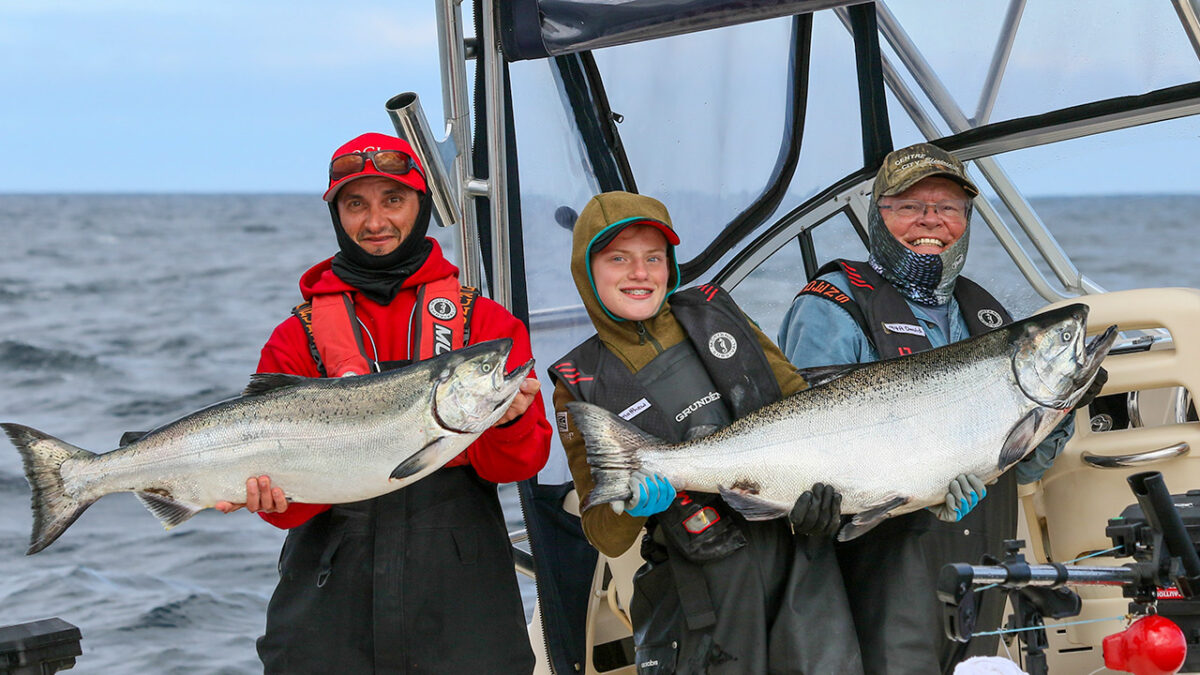 For a lot of salmon anglers, the month of July is their favourite time of year.  Here in the north it’s when we see the full menu; all 5 species of salmon are in our waters, in all shapes and sizes!  In one morning you could run into a bunch of those perfect 22 pound Springs hanging around the kelp beds, a big school of migrating Coho offshore and down deep or, somewhere in the mix, a bright silver Chum, 15 or 16 pounds in its prime, homing in on one of our local streams.  And, of course, it’s when you may have a chance at that fish of a lifetime… the giant Tyee Chinook in the range of 40, 50 or 60 or more pounds!  They’re all here. 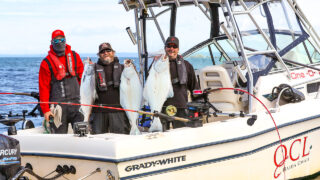 QCL anglers are out there giving it their best shot!  And having so much fun doing it!  The fishery so far this season has been great and fair weather has provided full access to the whole grounds.  This past week we’ve seen several Tyees and many of them have been released.  Cape Edenshaw provided a good share of them last week along with the Mazzaredos, Cape Naden, Parker Point and all the way around to Green Pt..  Daffyd C became the newest member of the 50-Pounder Club, releasing a beautiful Chinook that taped out to 51-pounds with QCL guide Derek P.  Geoff N turned back big Chinooks that scored 45 and 34 pounds and Adam S released a nice 41-pounder!  Our teenage anglers are doing a great job too with Thomas A releasing a 37 on the first day and Callan N sending back a 32-pounder.  Those are awesome fish guys and it’s always nice to see them get another chance to find their way back to the river! 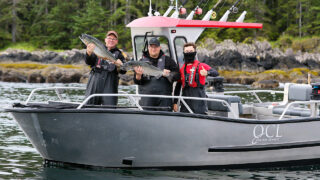 Sometimes C&R isn’t possible and we saw some of those too.  Tim K had quite a battle with a big Chinook that tipped the scale at 49 pounds on Thursday right after Ryan T weighed in a stunning 39-pound Tyee.  Matthew H had an amazing week fishing with his Grandpa and they shared one of those epic moments on Wednesday when Matthew landed a handsome 40-pound Tyee with veteran QCL guide Jeff S.  Congratulations!

While these big fish are on the bucket list of many anglers, it’s the catch of all those “average” fish that are shared at dinner with friends and family and create the moments when stories are told of experiences shared.  Telling the tales of how they happened is more than half the fun!