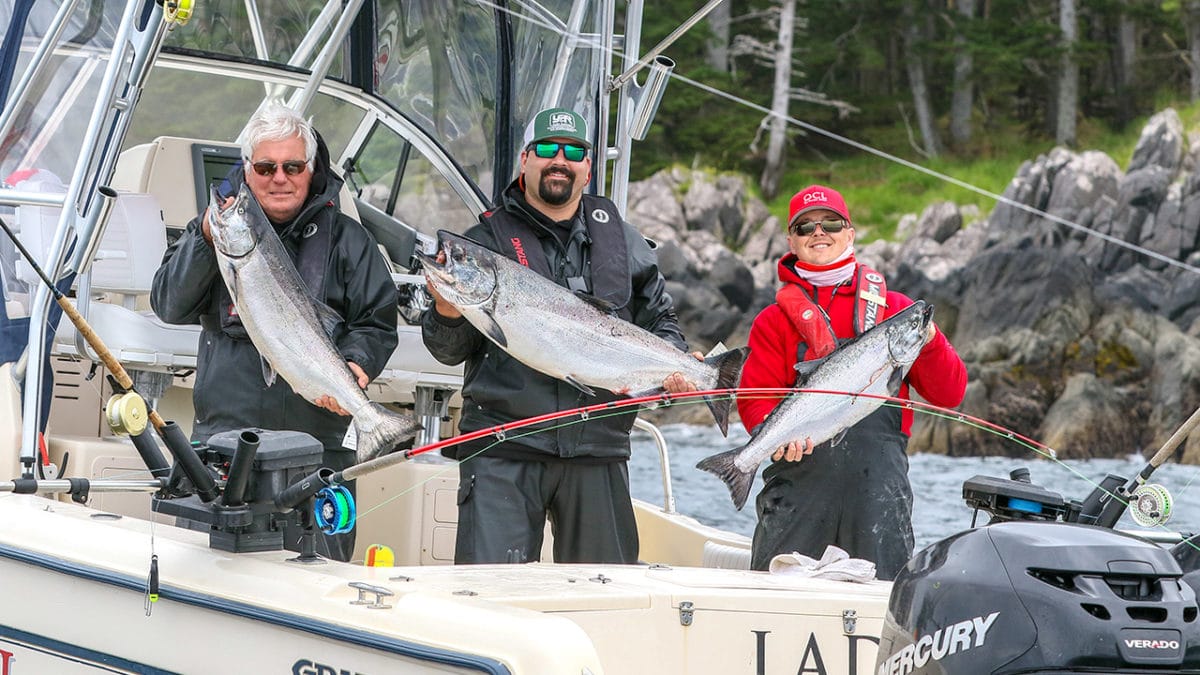 With a little over a month left in the season the memories of the good times are starting to build. Every morning that I wake up I am wondering how the day will unfold. Action has been found at all of the major points, and big fish are being caught on a daily basis. I am excited to get on the water tomorrow morning and see what will unfold, and to find the fish.

The other morning, we were off the dock at 8 AM and decided to head directly offshore. High slack tide was at 12 PM and the plan was to go catch our Coho, then be inshore for the tide change to target Chinook. On our way out we were cruising through the flat calm water and noticed tidal rip had formed off of Cape Naden. We decided to stop here and ride the tide line with the ebb current to shag rock. After about 20 minutes we had a couple Coho in the boat and released some smaller sized Chinook. Something then caught my eye as a killer whale spout blew off my port side. We decided to pull up our lines and watch the show. This was amazing just like we had chosen to fish the tide line a pod of resident killer whales were hunting along the rip searching for Chinook salmon.

After watching the whales cruising through the tide line and feeding on salmon we decided to head inshore and look for some Chinook. We planned to go to Green Point for the low slack and then do the “Haida drift” with the flood tide towards Bird 2. We dropped in close to our western boundary and rode the flood tide towards Green. Before hitting the point … BOOM!  A fish hit the ‘chovie and was off the clip screaming line. After a few big runs we landed the fish which ended up weighing 33 pounds.

I am looking forward to what the day will hold tomorrow. There has not been a 50 Lb Chinook caught yet this year, however I know within the next two weeks some lucky angler, or angler’s will have the opportunity to real in one of these unicorns.

Looking forward to seeing everyone on the dock, 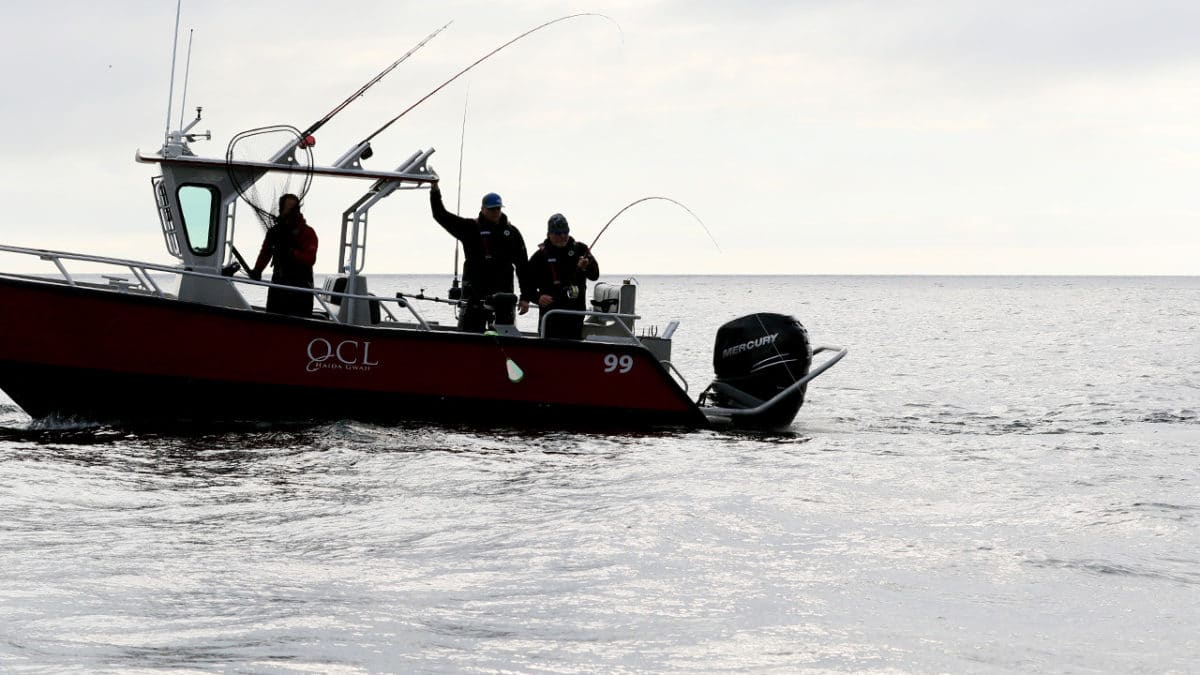