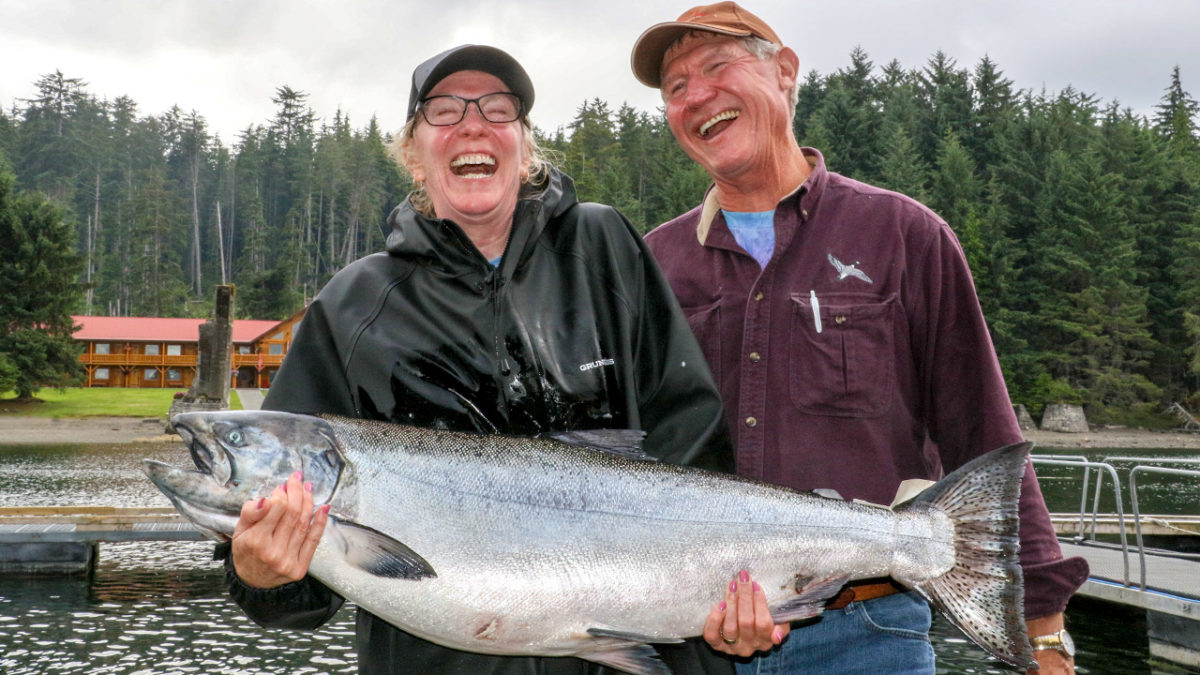 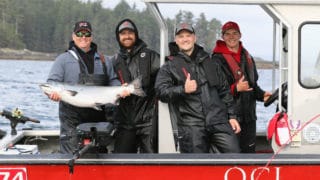 Northwesterly winds have definitely set the tone over this past week, directing the fishing effort to the sheltered shorelines south and east from Klashwun Point.  Fortunately we’re finding some pretty nice Chinooks while combing along the kelp beds and rocky points.  There have been opportunities to get offshore and pick up some Coho and Halibut as well, but some sizeable tide action can make that a challenge much of the time.  The odd twist is that we usually enjoy a pile of big blue sky with these winds but that’s been pretty spotty most days too! 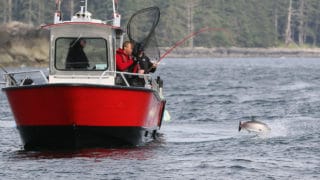 The Tyee bell was getting some action on most nights last week with several Chinooks and halibut tipping the scale over that magic 30 mark.  John R kicked the party off with a 30-pounder, repeating his Tyee Club appearance from last year.  Brian K added a 30 on Wednesday along with Jordan C who boated a 32 and Laurence H who’s 37-pounder was the big salmon of the day.  Matt C came close, however, with a 34 lb Tyee, but he seriously proved his skills with the 41 lb halibut that he weighed right after that! That’s a nice day on the water!

The winds let up nicely on Tuesday and the halibut fishers responded!  We saw lots of flatties on the dock with several perfect specimens ranging from 30 to 42 pounds.  Rob G missed the cutoff however with a big one that taped out to 86 pounds! 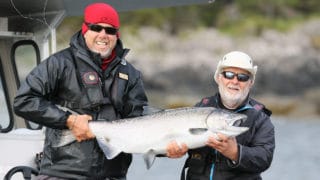 Thursday proved fruitful for salmon hunters with more Tyee catches recorded.  John P shared the thrill of the Tyee with his 2 sons, boating a stunning 31-pound Chinook.  Makenna C got the day off to a great start at Bird 2 when she caught & released a beauty that taped out to 36 pounds!  Fishing with his guide Trevor Harris, Clark H worked the shoreline religiously and was rewarded with two fine Tyee catches – at 31 and 33 pounds!  And off the outer face of Bird 2 at afternoon slack, veteran QCL anglers Carol H and her husband Andy connected with the big salmon of the week, a hefty Tyee that thrilled the Bell Ringer crowd at 42 pounds!  The average size is creeping up steadily for both Chinook and Coho salmon over the past couple of weeks, and we’re really pleased to see so many chunky Coho in the 10-12 pound range!  Let’s see what happens this week!