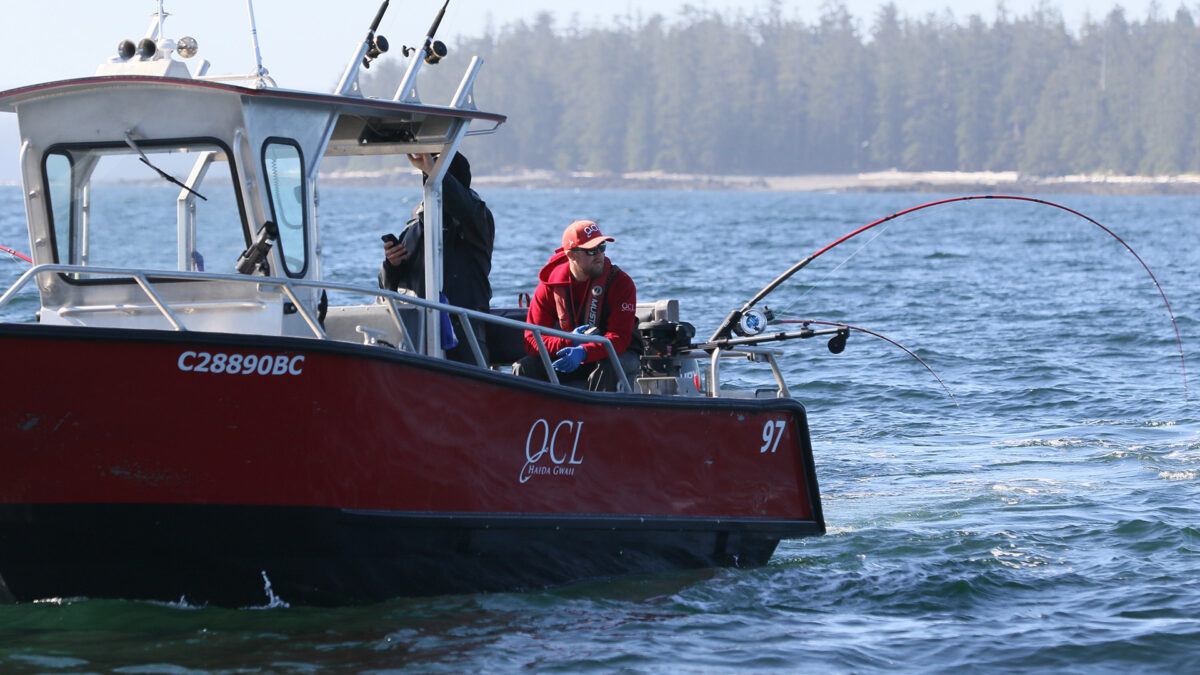 As we crest over the midway point of our summer season here at QCL, we find ourselves knee deep in Coho.  There appears to be no sign of slowing to the arrival of the acrobatic white gums.   As the flow of fish continues to increase, we have begun to see an increase in size as well.  Fish stretching into the double digits are becoming more and more common every week.  Yesterday a 14-pounder arrived at the Bell Ringer!  What a fish!

At the same time, I felt that Chinook fishing had been slower than usual last week.   But there has been no lack of quality when you do find a pocket of black gums!  Though the hookups on Springs have been hindered by the relentless hammering of Coho, the fish that are being caught are often up into the twenty-plus class and put up quite a battle for our visiting anglers!

This past week my guests and I were fortunate enough to connect with a trio of gorgeous Chinooks at Cape Naden.  On three consecutive passes we managed to find an eighteen pounder, followed by a fat 23-pounder.  Not much later, on our third tack through the shallow bay that divides Cape Naden and Hanna Bay, the portside rod popped off and began to strain from the heavy head shakes of what would turn out to be a stunning 37-pound Chinook!  After an exciting battle, punctuated by many long runs, the 27”x 38” chrome missile was carefully landed onto the deck of our 22’ Bridgeview.  After a quick measurement, this big beauty was successfully released to continue his long Journey home!