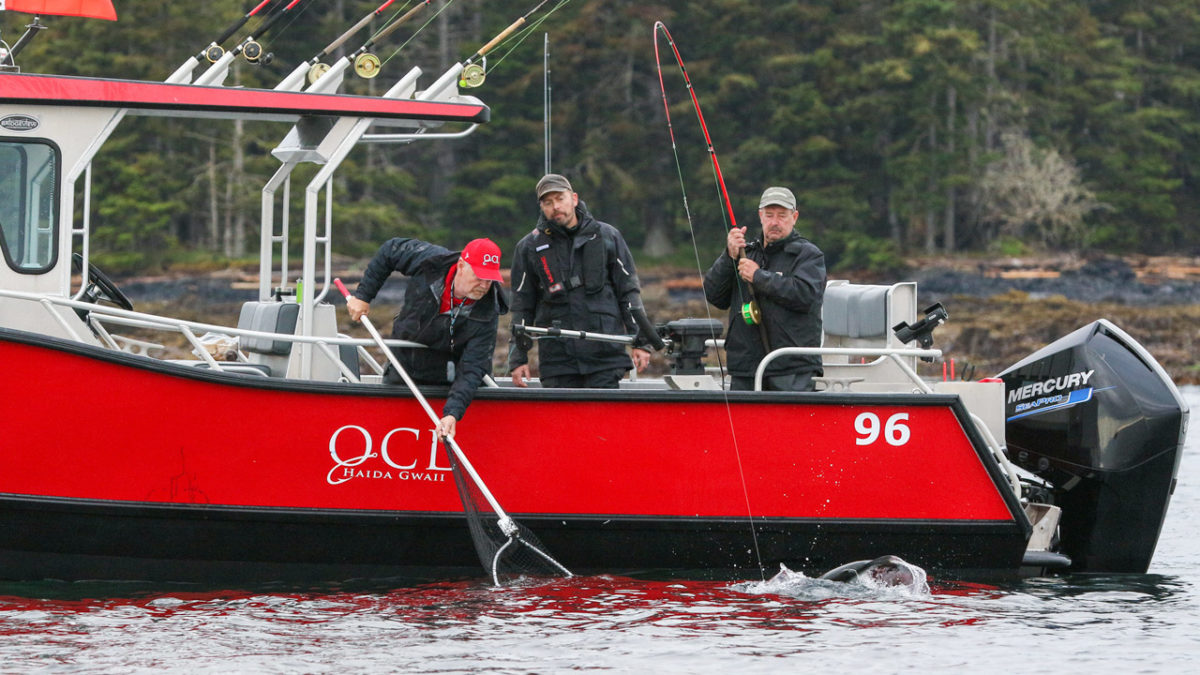 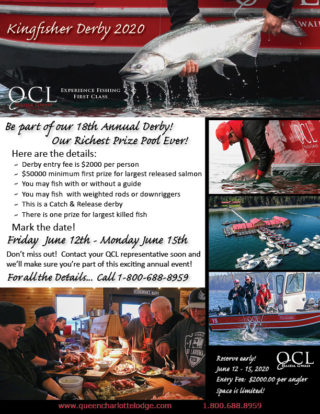 The QCL Kingfisher Derby has been annual tradition for many years. In fact, many of the participants have been fishing this derby for more than a decade!  The Kingfisher is a Catch & Release salmon derby that happens in mid-June – so that means Chinook salmon.  Fish guided or self-guided, weighted rods or downriggers; Go with what you know!  All entered fish are measured, scored, revived and carefully released by derby marshals.  Guides may not touch the rod.  It’s 3 exciting days of intense fishing effort, right down to the wire on the last day.  More than once the winner was netted in the final hours of the derby!  To spice up the competition a bit, there is one prize for largest killed salmon; often a strategic decision!  With an entry fee of $2000 per angler the top prize has ranged from $40K to over $60K. 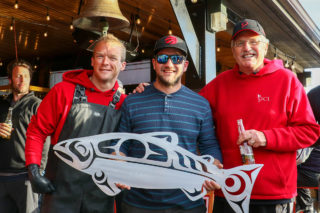 This year’s event, our 18th Annual, is our biggest yet, with the richest prize pool ever!  It’s a highlight of the summer with over $100,000 up for grabs for anglers pursuing the largest Catch & Release salmon.  Top prize for the largest salmon released will be minimum $50,000 and there are prizes for runners up as well as daily catch.  It’s a party all weekend with special treatment from the food & beverage department as well!  Tons of fun!  At this time there are still a few spaces left so if you enjoy a little competition in your fishin’ you should give us a call today! 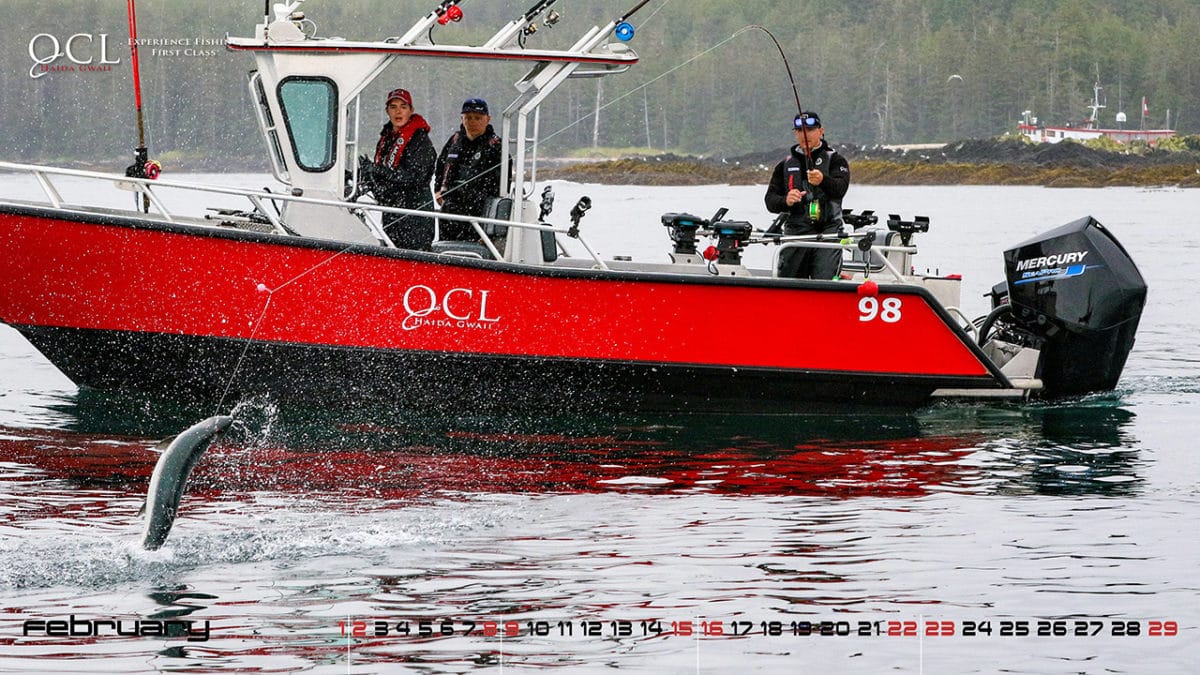 Dress up your desktop with the QCL 2020 Calendar!
You’ll find them on our Flickr page https://www.flickr.com/…/qclshooter/albums/72157712565518442
You can download February right here. Share it with your friends!
#fishingfirstclass #fishQCL 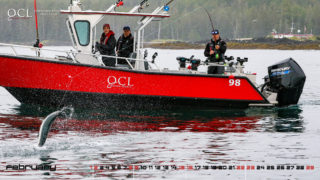 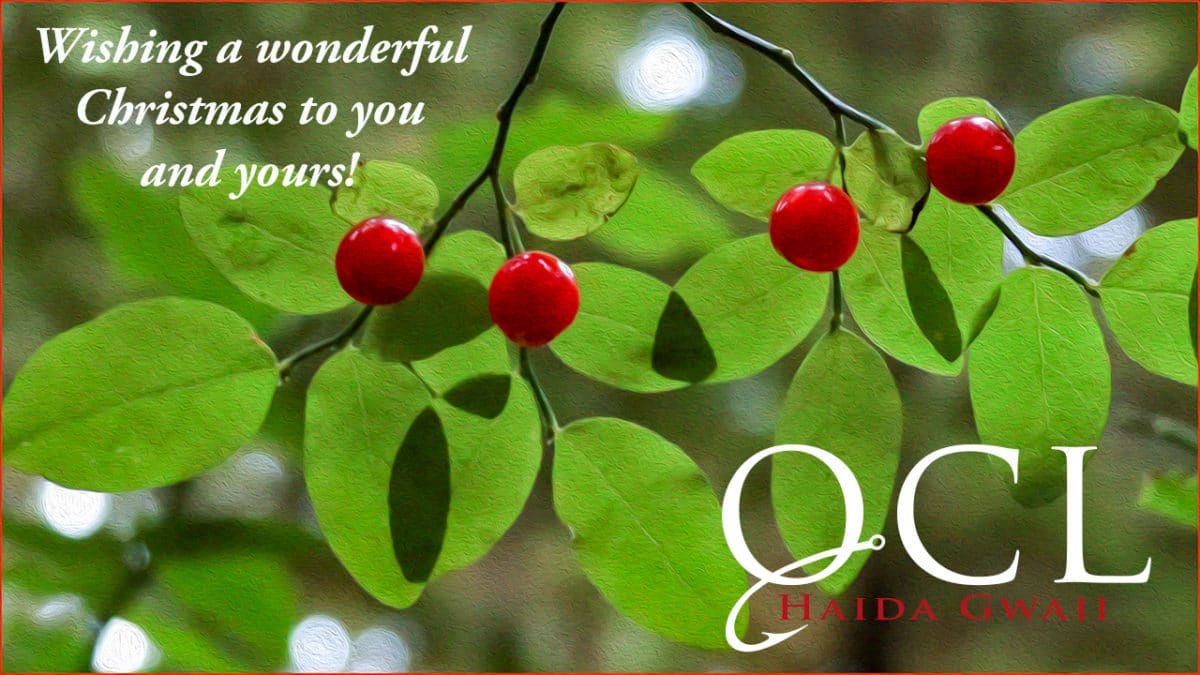 We Wish You a Merry Christmas! All of us at QCL in Haida Gwaii hope you enjoy wonderful days with loved ones over the Christmas holIday. Thank you for making so many great memories with us this year! 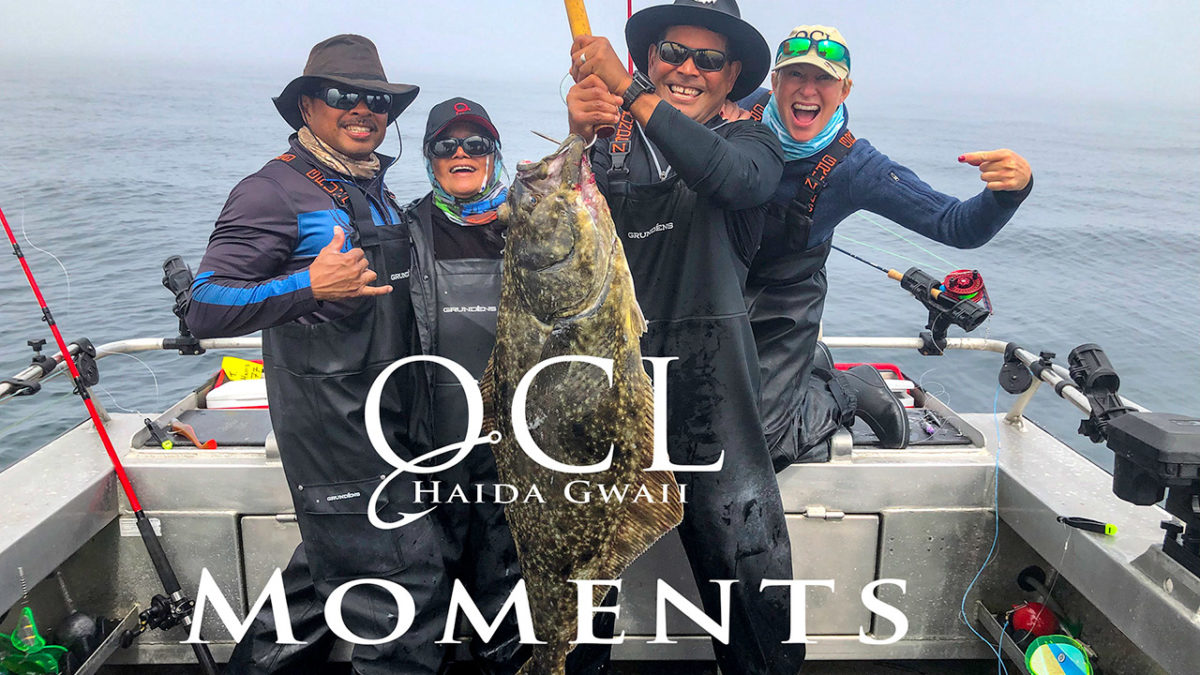 Everybody gets out to do a little jiggin’ while they visit The Lodge… tons of fun and adventure, and the big payoff shows up on the dinner plate! Delicious! 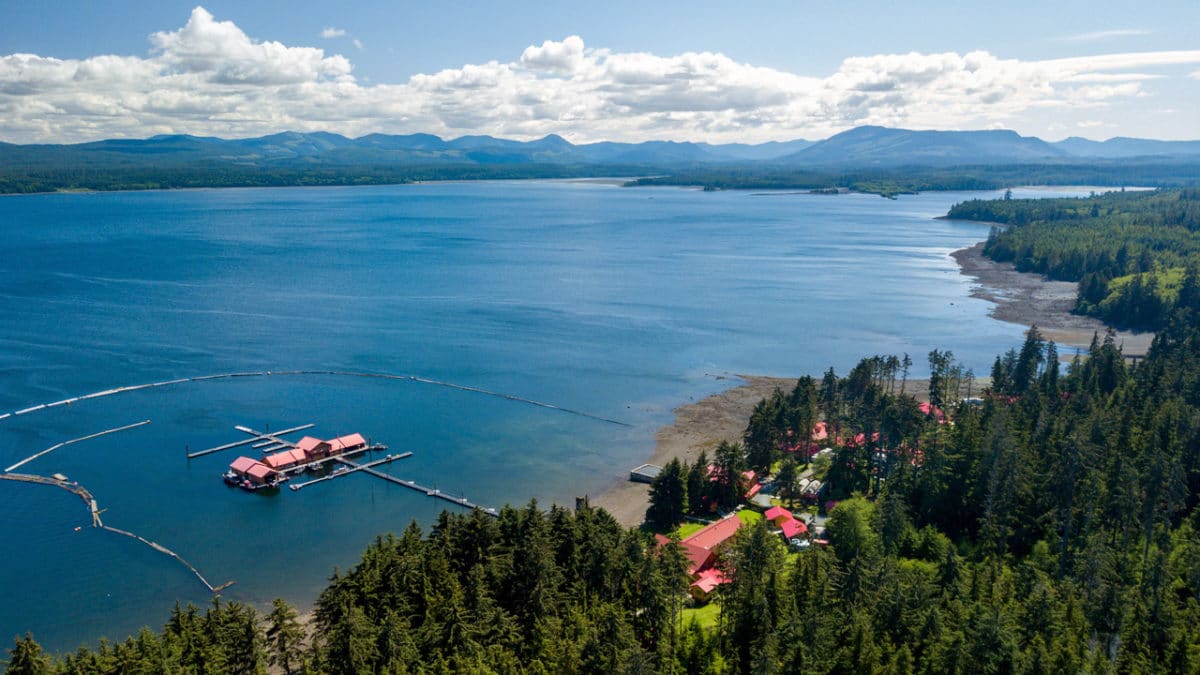 Thanksgiving, whenever you celebrate, is absolutely the perfect time for reflection.  As we gather with friends and family to celebrate Thanksgiving it’s wonderful to share some of the stories and the memories of the year that is coming to an end.  And in reflection we’re reminded to be thankful for those memories.  Our lives are so rich and we often forget how very fortunate we are.  At QCL we feel that our guests and staff all have something very important in common… our experiences at the Lodge in Haida Gwaii and especially our stories.

We feel especially privileged to be able to share a few days with our Queen Charlotte Lodge family each summer.  Thank you all for allowing us that privilege.

For the past 29 years Queen Charlotte Lodge has helped to create those memories for adventure seekers of all generations.  Families and friends make up a large part of our guest list on virtually every trip of the summer.  With all that experience, we make it really easy for you to come visit!

As our American friends celebrate Thanksgiving this weekend, it’s the perfect time to start planning one of those escapes!  We still have some space available for next summer but people are talking and planning and select dates are filling up.  Explore around our website to learn more and feel free to give us a call to enquire. 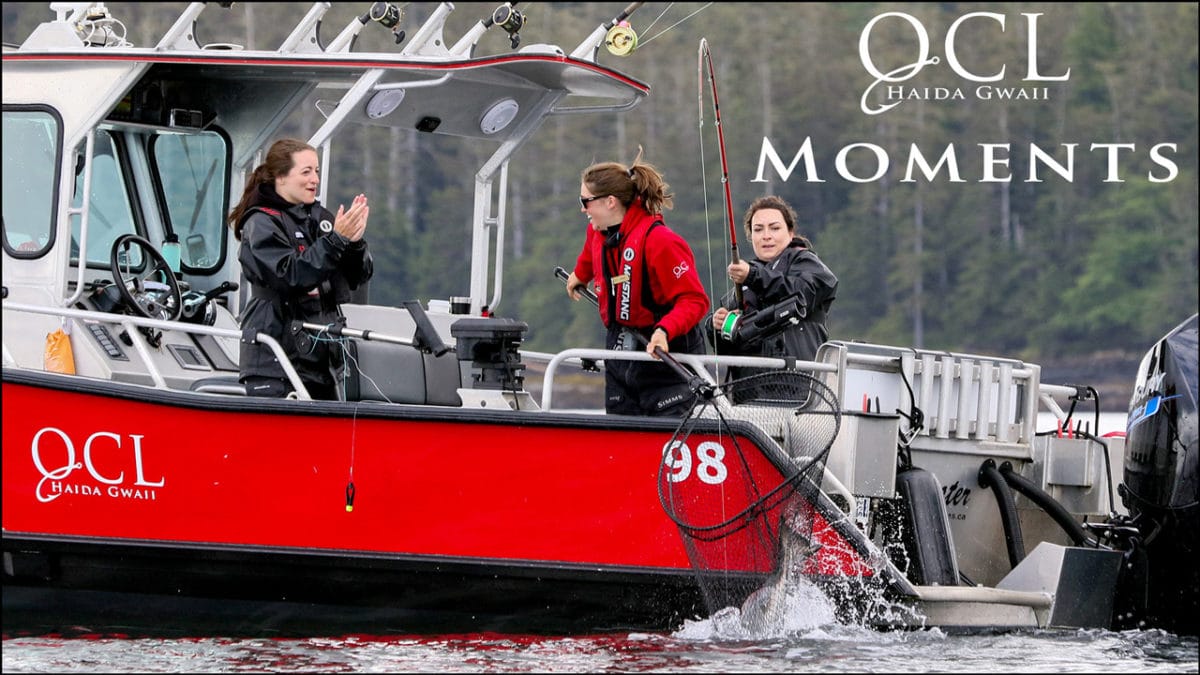 QCL Moments is our new slideshow series featuring the many memorable experiences that QCL guests enjoy every summer.  It could be fishing, dining, wildlife or wild life!  It’s all about the QCL Experience – every day is a new day at the Lodge!  You never know what’s going to come your way. 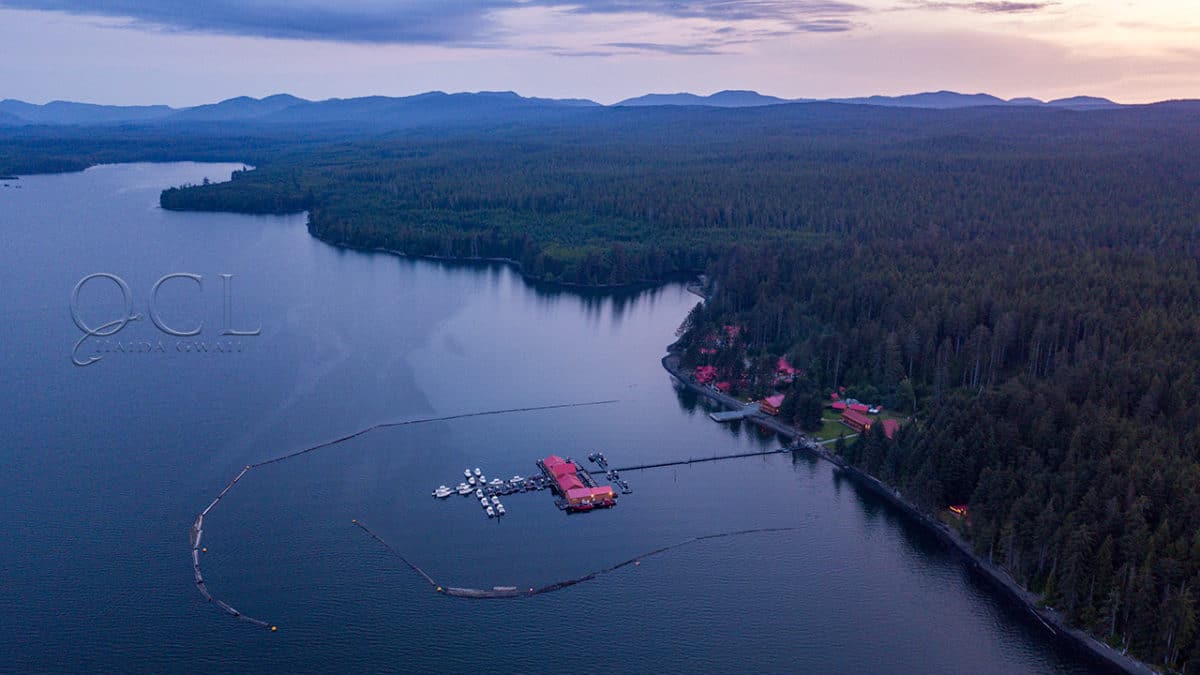 The bears have moved to the streams and the sound of the geese staging in the estuary rings across the harbour…Autumn has arrived.  Our lodge guests have been home for a while now, sharing their tasty fish dinners with friends and family, spiced with lively stories of how they managed to catch such wonderful food.  Another summer of fishing, friendship and fun has concluded at QCL, for the 29thyear!

It’s amazing how each season unfolds.  As familiar as it is to those of us fortunate enough to be here every year, there is always some mystery in how it will all turn out. The weather and the fish are the obvious wildcards…cross your fingers on that!  But the parts that are within our control are what we have the most fun with. It’s thrilling to roll out a new program each season and see how everyone likes it.  Sometimes it’s a facility change, like the beachside sauna and hot tub or Smoke & Oak –our whisky and cigar retreat on the hill.  Last year we launched a Steak & Lobster dinner at The Bell Ringer.  This season we introduced an exciting fleet of 8 beautiful new boats to help bring our guided fishing program up to where we want it.  Next summer…who knows?

Certainly, we hope that our guests enjoy our programs and facilities; and by all accounts we think they do, but it’s the hospitality of our people that they appreciate the most.  We feel that our QCL staff truly enjoy being here, helping to create a memorable QCL experience for all of our guests.  At the end of the day, and at the end of the season, that’s what matters most.  Thanks ever so much to all of our guests who joined us in Naden Harbour this summer and to all of our staff and management who made it all come together! We hope to see you next year! 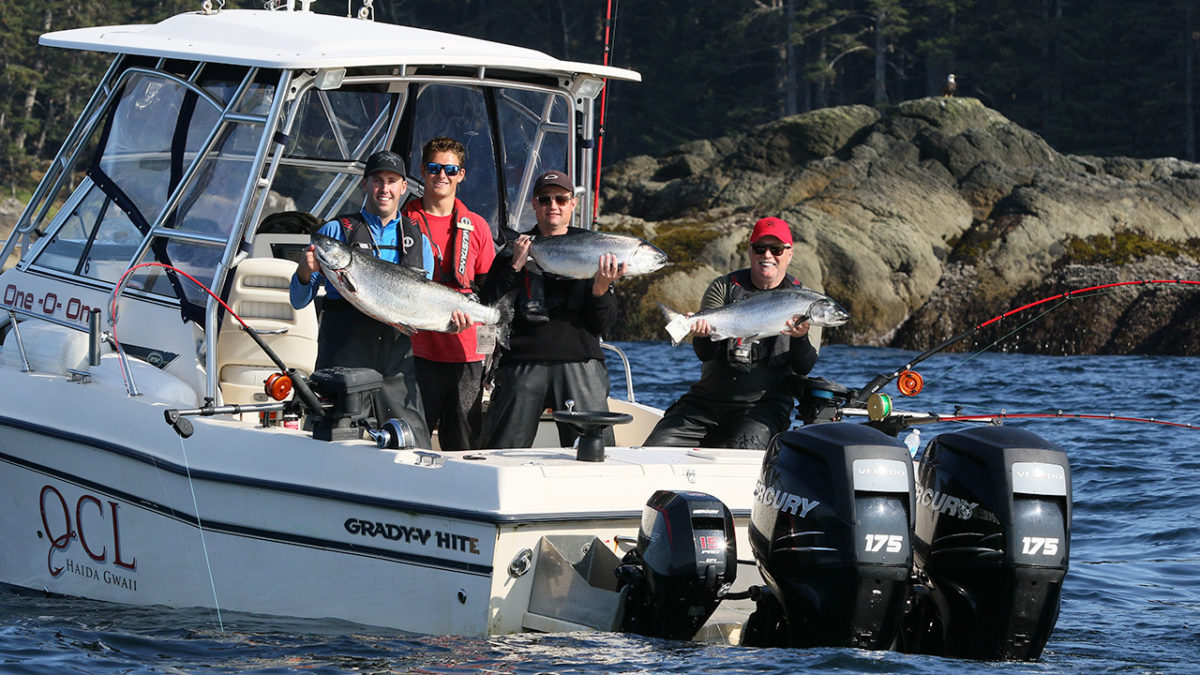 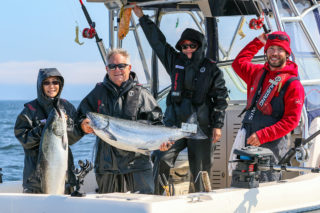 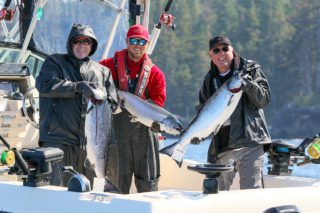 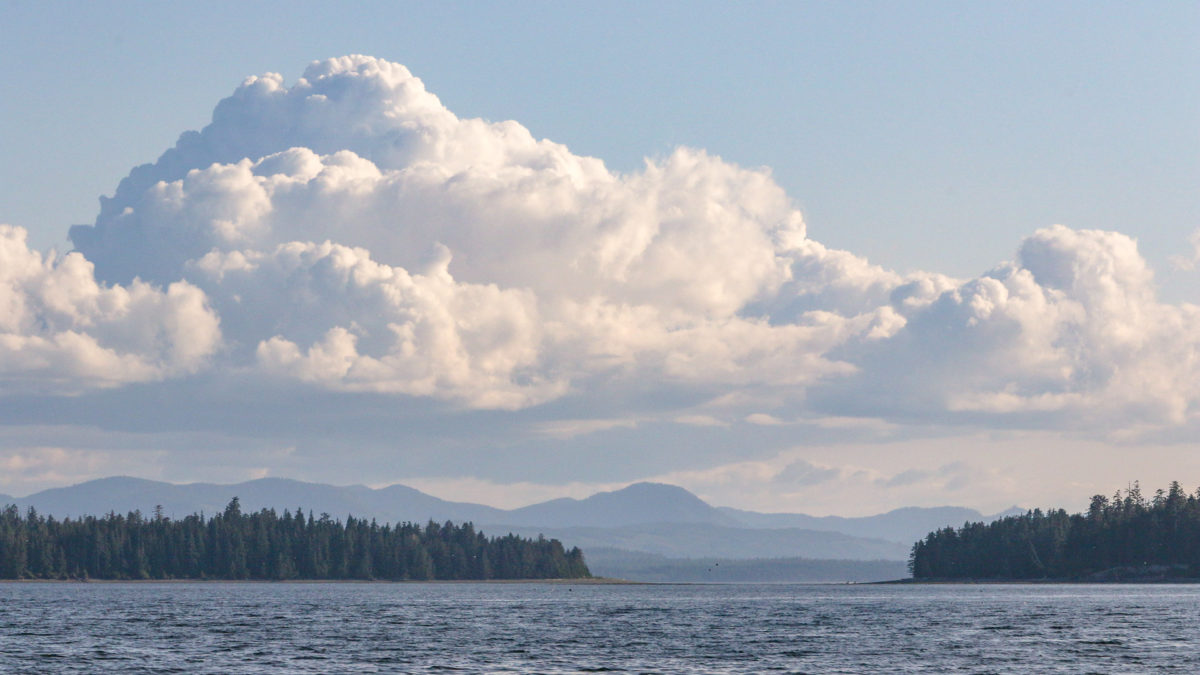 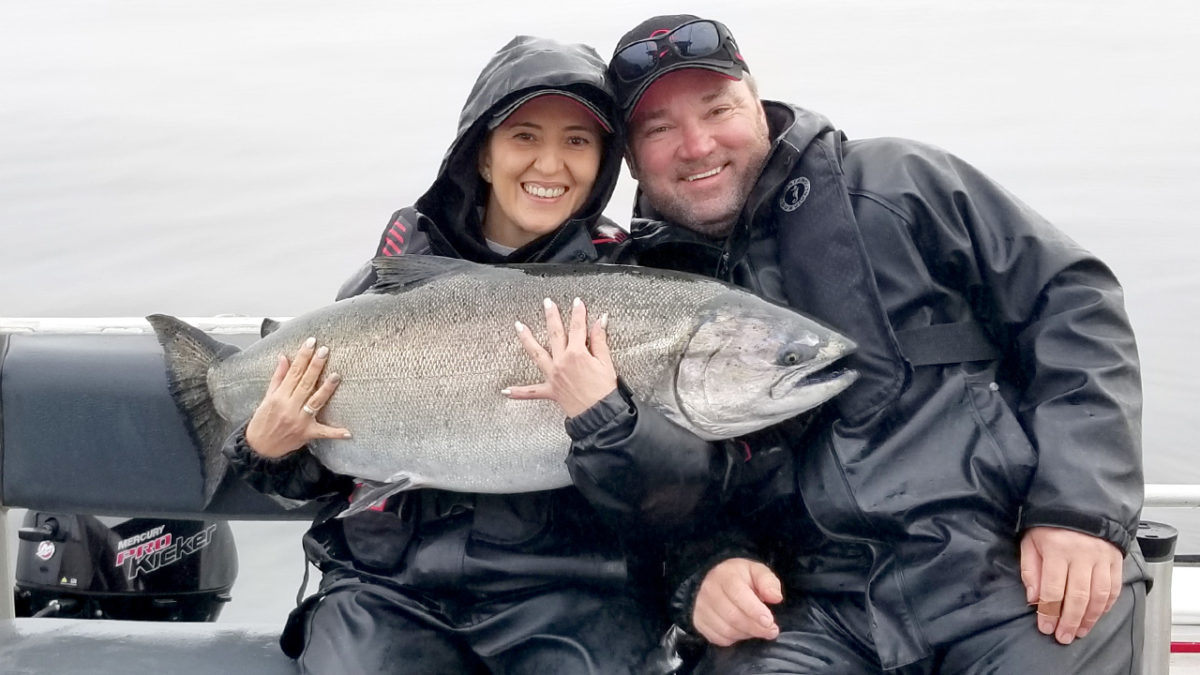 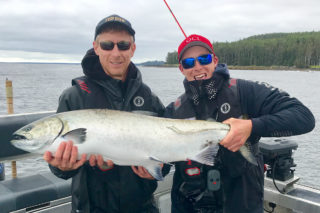 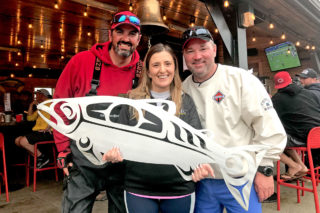 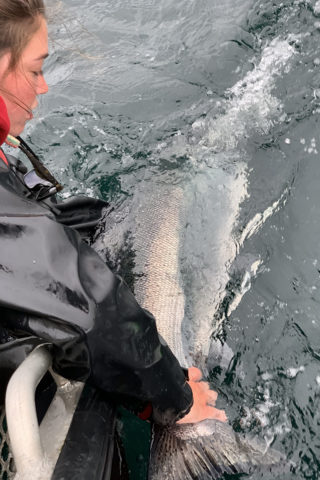 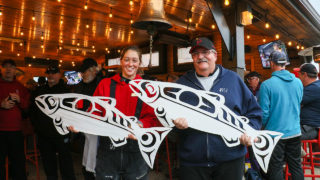 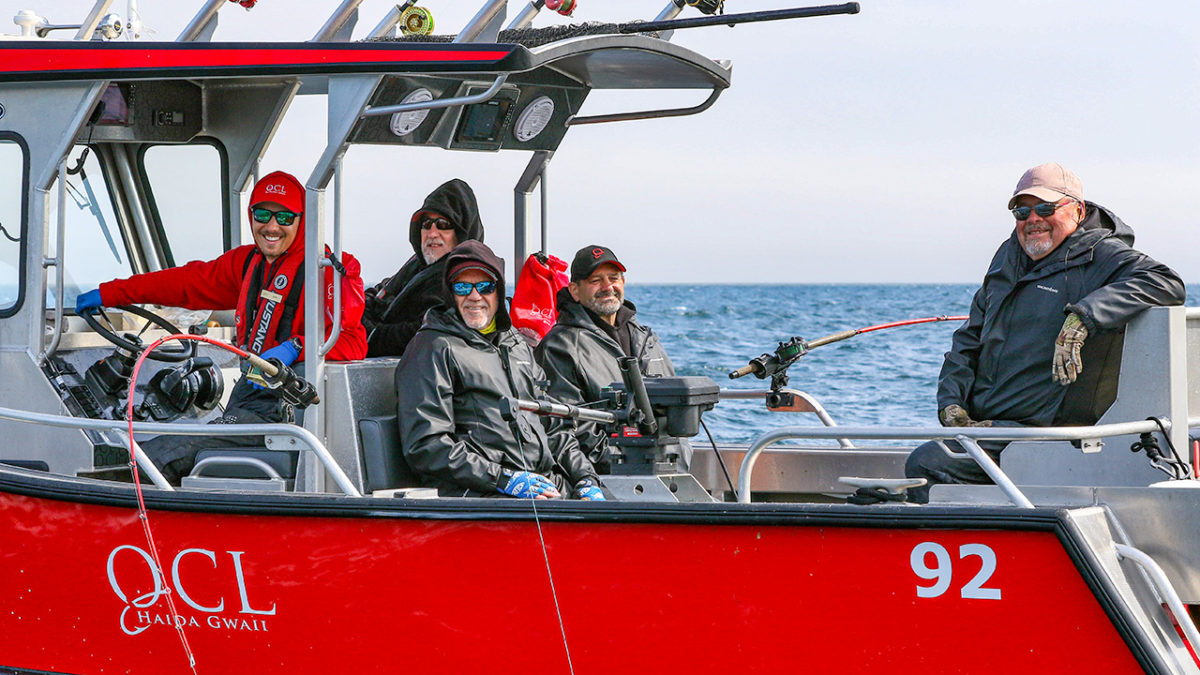 The sound of my alarm clock marks the beginning of another day in Haida Gwaii. Before I can turn off my alarm salmon are already on the brain.  What are the tides doing? What is the wind direction? Where were they “gettin’ em” yesterday?
I meet my guests on the dock and brimming with excitement we head back out onto the fishing grounds. With a great first days catch under our belts were feeling confident and can’t wait to do it all over again.
We come around the corner of Naden and realize the flat calm water of yesterday has been replaced with rain, wind and waves but we don’t let it dampen our spirits and my guests are already into the beers.
Out of nowhere a humpback launches itself clean out of the water and we are all left speechless. Not long later the reels are screaming and we’ve hooked our first Chinooks of the day.
Four great days and countless fish later the trip is over and my guests return to their lives surely never to forget their time up here.
What a job, I can’t believe they pay me to do this.
Another trip for the books and I crash back into bed…

What will today hold?
I don’t know but I know it will surely be incredible.