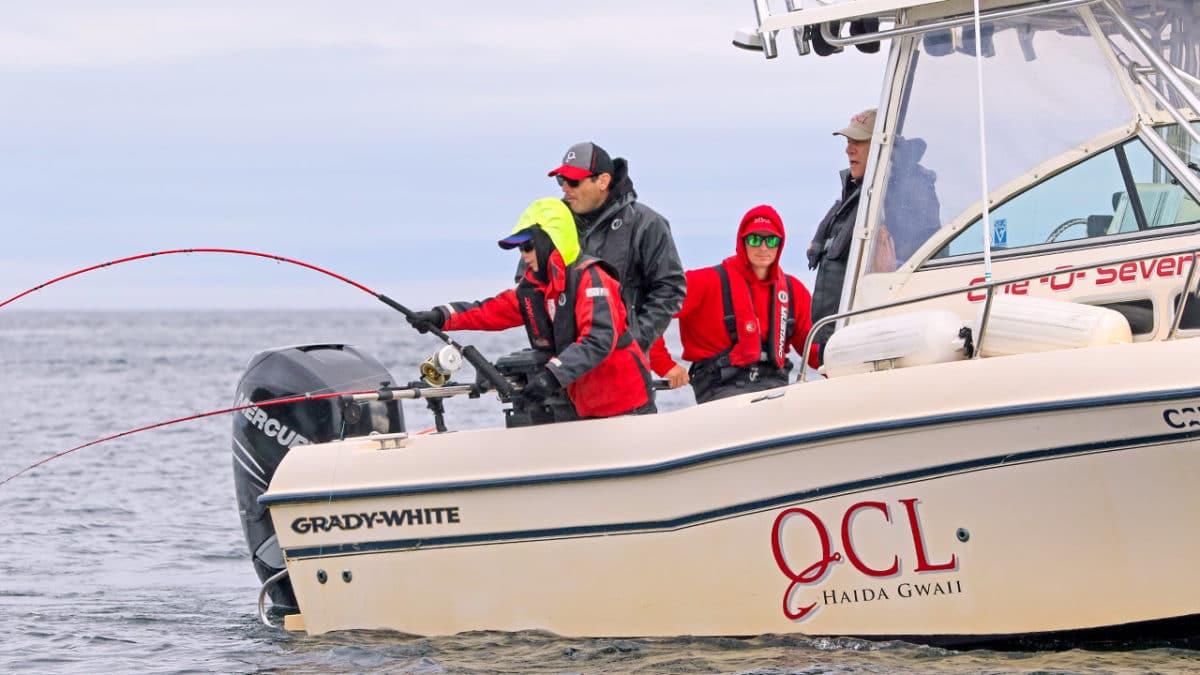 One of the special privileges of being a guide is having the opportunity to be a part of some truly unforgettable moments on the water, creating memories that last a lifetime. Last Sunday morning, Father’s Day, Grady White 107 was cutting its way through the glassy ocean with myself and 3 generations of family, a classic father, son and grandfather fishing team.

Anticipation was high as we dropped in at Klashwun Point, low slack was approaching and there was hardly another boat in sight. As we began working the formidable structure of Big Point, reminiscent of an ancient ruined castle, we were treated to a show of humpbacks breaching and eagles dive bombing boiling balls of needlefish. The only thing missing were the salmon! After hours of fishing with only one feeder sized chinook landed and released, the current soon pushed all the baitfish out past the point. Our high hopes faded and we decided it was time to make a move. 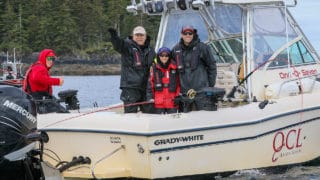 After the boys had a burger break on the MV Driftwood, we decided to roll the dice and cruise across Virago Sound to Cape Edenshaw. We set up in Piggy’s Bay and I only had time to put in one rod when it suddenly lurched violently. Fish On! After boating a beautiful 20 pounder, we set up again and quickly hit a double header. Looks like we found the spot! Pure pandemonium ensued over the next several hours, with beautiful, hard fighting Chinooks refusing to leave us alone. The highlight fish was a serious reel-melter that later weighed in at 29.4 pounds- a true “Tryee”! I for one can’t think of a better way to spend quality time with family and friends than experiencing this one-of-a-kind fishery in such a beautiful and remote corner of the world.  It’s my privilege to be able to introduce people to the amazing migratory salmon of Haida Gwaii every day – it’s a dream come true.