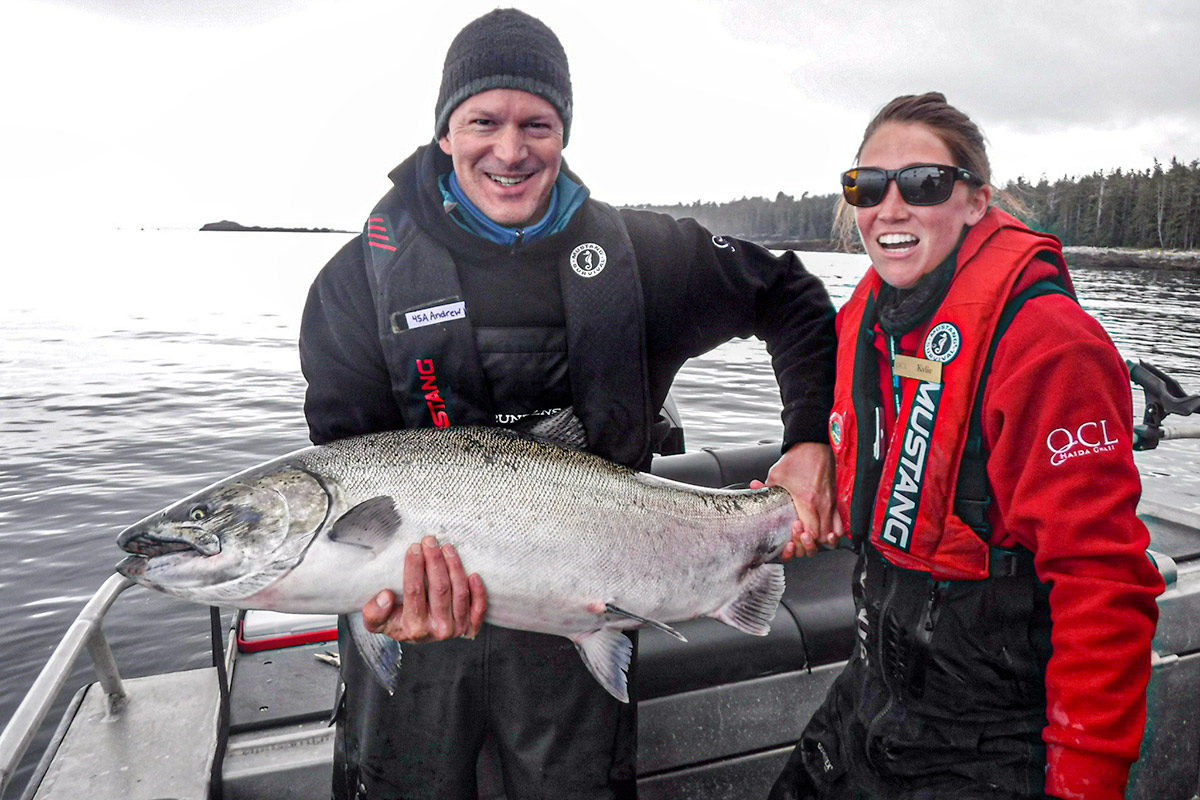 It’s amazing that they can predict weather a week in advance and when the day comes, it actually happens exactly as promised!  That brief 6-hour burst of southeasterly wind that sent us to the shelter of Cape Edenshaw yesterday was bang on the money.  It didn’t blow quite so hard as we’d feared but it blew.  All is well. 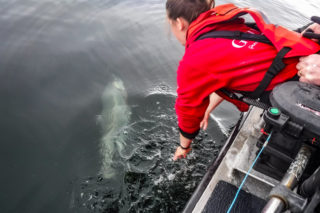 Guests on our third trip of the season were treated to beautiful days on Friday and Saturday and they sure made the most of it! Greasy flat water, skies just sunny enough and hungry fish everywhere.  We’re starting to see the salmon species mix coming –we saw only Chinooks last week but now we’re getting some Coho, Chum and Pink salmon as well.  The Tyee count continues with a 31 for Richard M, and a 34 pounder for Chris M on Friday. 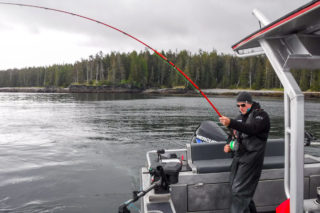 Robert N caught and released our third 40+ Chinook while fishing with guide Tristan O’Brian at Yatze, taping the big beauty out to 42 pounds!  Way to go Robert!  Nice to see those amazing big Chinooks swim away from the boat!  Five more Tyees on Saturday included yet another giant released! QCL guide Kylie Tokairin was working the legendary structure of east bay Parker Point when her guest Andrew M set the hook on a solid fish.  Twenty thrill-filled minutes later Kylie was releasing a gorgeous big Chinook that they’d just taped out to 44 pounds!  That makes four over forty in the first eight days of the season!  Sure is nice to see!  Congratulations to all involved and we’ll hope these big spawners find their way safely back to their home streams this summer! 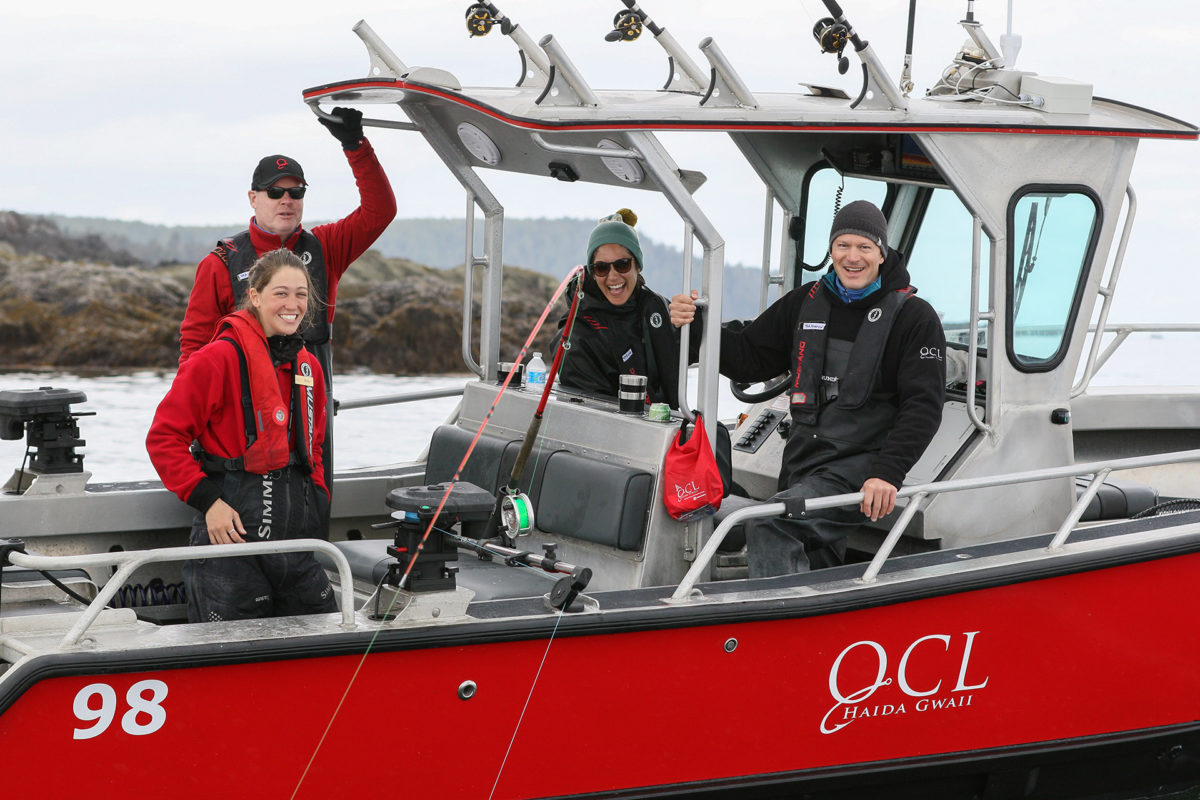