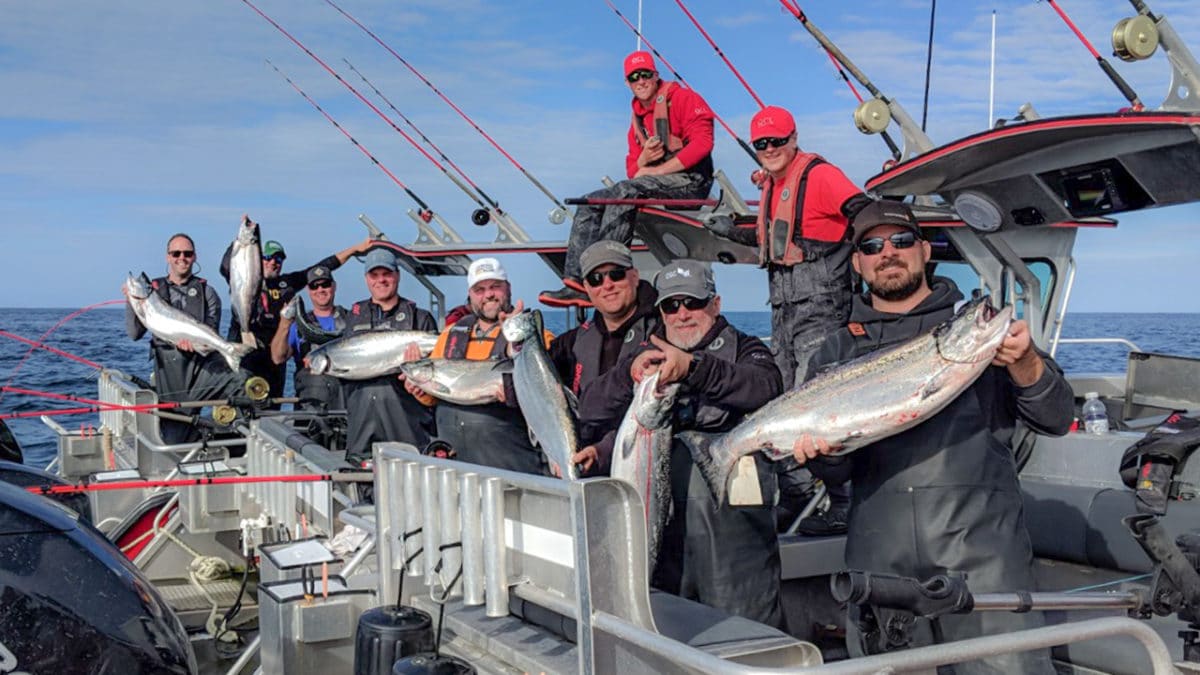 Things are still going strong here at QCL, with a good assortment of fish spread across our fishing grounds. Daily catches have ranged from Coho, Chum and Chinook action offshore to the odd Tyee-class salmon being picked up at some of our well known inshore points. Our best success inshore has certainly come as a result of the “stick, stay, make it pay” method of fishing, in order to catch the random snap bites that take place throughout the day. Fortunately, we have also had the privilege of extremely calm waters over the past week, which always gives some of our hotspots a real “fishy” feeling. 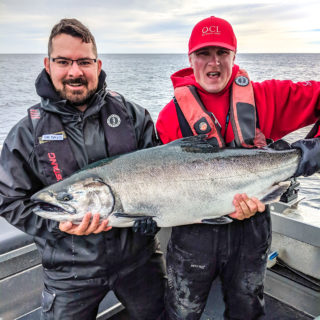 On Thursday morning at Cape Naden that “fishy” feeling was certainly in the air. As we made our way onto the fishing grounds I overheard some radio chatter about a few fish already being picked up Bird 2. Yet as we cruised past Naden something told me I should probably stop in for at least a pass or two.

That pass or two turned into an hour and a half at Naden with no bites, yet all four of us on board were optimistic that something was going to happen. Finally, around 9:30am, the screaming sound from our back rod interrupted a peaceful morning on the water. My guest, Dave R grabbed the rod, with no hook set needed, as the fish already had the Islander reel sizzling. We immediately cleared our other two rods, as we knew we were in for a battle! After a long first run that seemed like it may not end, Dave was finally able to slowly work the fish to the boat for our first look. At that point it was pretty clear we had a Tyee on the line and off it went for another powerful run. After a lengthy tug-o-war with this large specimen, we were finally able to put it in the bag!  After some high fives and a few loud cheers, we brought the fish into the boat for a measurement and a few quick photos. This fish was then released to continue its migratory journey to its home river. This big silver beauty taped out to 46 pounds!  Congrats Dave!  Thanks for choosing to let it go! 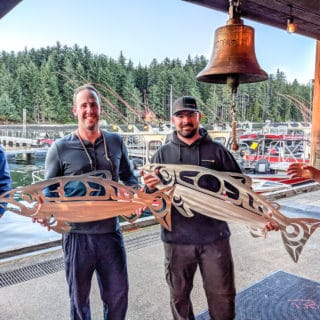 Later on at the Bell Ringer things were buzzing, as there was also a 45 caught and released at Cape Edenshaw that morning, along with a few more Tyees caught at various spots on our western fishing grounds. Things are shaping up well for a great end to yet another season in Haida Gwaii!