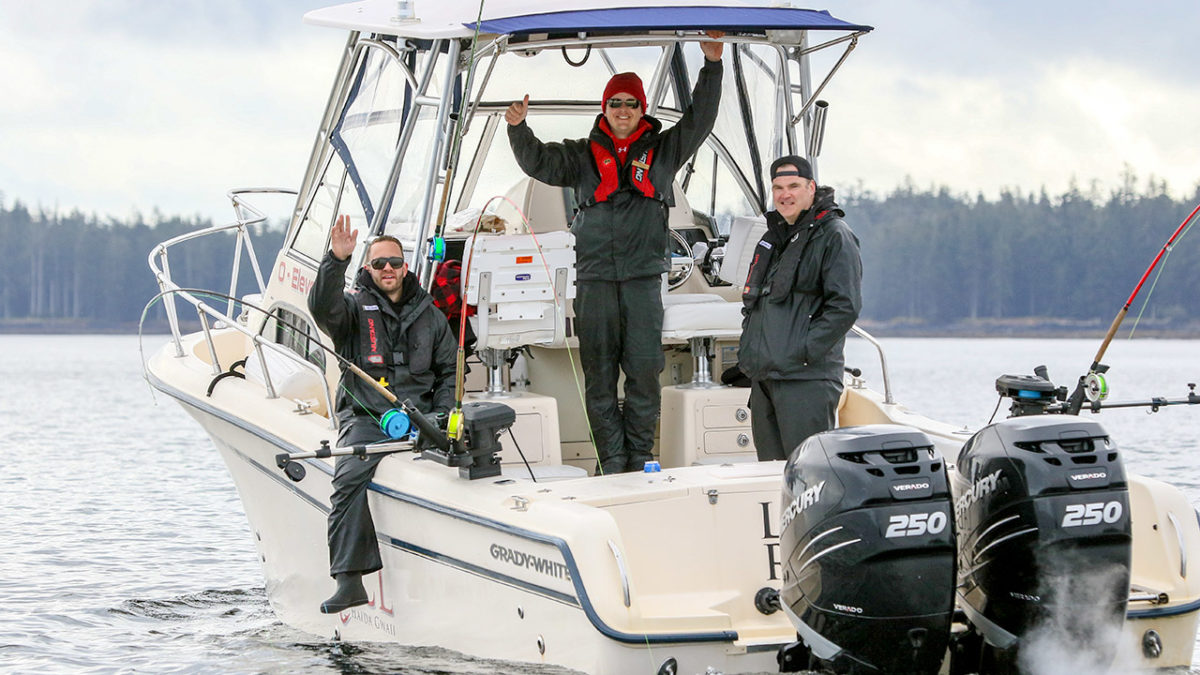 The season has started and the fishing stories are starting to grow. As the catch list among the guide team grows the talk around the dinner table is always entertaining. Tales of epic battles with Chinook, tug of wars with Halibut, and memories of the one that got away always entertain groups of hungry guides crowded around the table.

Three Tyee’s have already been brought to the dock and it seems as though multiple 60+ pound halibut releases have become a daily occurrence. The past several years our guide team has begun targeting Halibut at the various pinnacles or hills that are found around our fishing grounds, and catching these monsters has become part of our daily routine. There was even a 220-pound halibut caught off of the driftwood when it was parked at the Mazarredo islands last week. Lucas the driftwood deckhand was fueling boats when he noticed the rod in the holder fully corked peeling line. After almost an hour the new driftwood halibut record was successfully landed, measured, and released. what a beauty!

Most of the salmon are being caught around slack tide periods as of late. The old saying “stick, stay, and make it pay” has been proven to be productive, as snap bites are found at all of the major points. One of my favorite moments as a guide is to observe a rod tip dancing up and down, or bust out of the clip and start screaming. Eager anglers jumping to attention and connecting to a fish will always bring a smile to my face. The weather over the next week is projected to be Northwesterly winds and we are excited to see what they blow in. The fishing grounds has not seen an extended Northwest wind this year. Flocks of birds were observed gorging on bait balls off shore today and 100’s of Auklets were seen off Klashwun point. I am excited to start the day tomorrow and see what the fishing grounds hold.