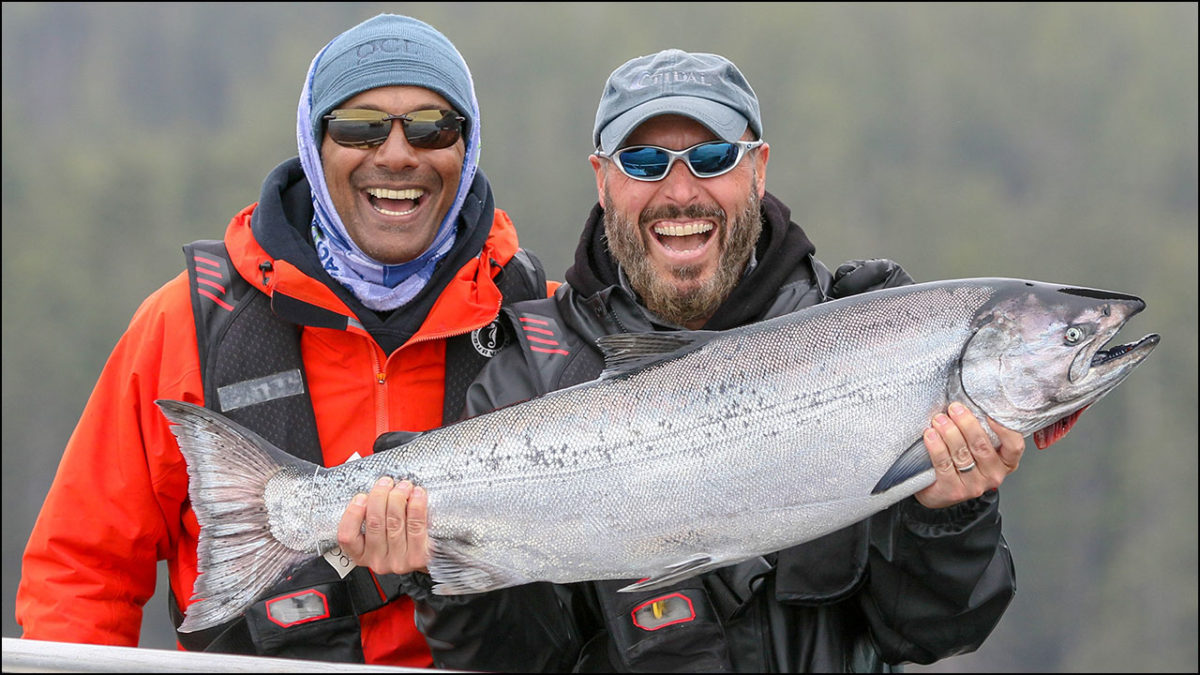 Yay!  A shift in the winds to northwesterly this week is bringing some welcome sunshine and the promise of great fishing for the next couple weeks.  We’ve been able to get offshore regularly to check out our favourite halibut holes and are happy to report that all is well in that department!  But while we’re out there we’re seeing significant amounts of bait –big herring and mature sandlance –that persistent NW winds tend to drive south into Virago Sound and our inshore fishing grounds.  The Chinook fishing has not yet ramped up to “normal”but it is improving steadily.  Guests and guides are putting some time in at all the favourite haunts now and we’re seeing some nice fish come to the boat.  Another Tyee yesterday, a 31-pounder for veteran QCL guest Matt A was a nice addition to the chorus of Tyee bell ringers on the dock. Matt was joined by his son Trevor who was thrilled to haul up a chunky halibut that taped out to 60 pounds before being released. 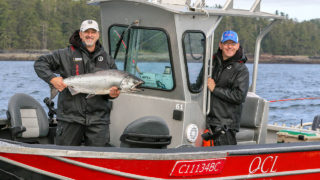 and fish inside the harbour.  One boat, guided by Sam Johnstone, was jigging for halibut and connected with a good fish alongside the deep channel leading north out to sea.  After a 20 minute tussle they discovered a big hali alongside the boat that they taped out to 100 pounds!  Congratulations to Mike N on a big catch in a little spot! Meanwhile, guide Kylie Tokairin was trolling along the same drop with guests–her own Dad and his friend, when they also hooked up with a big halibut, but on a salmon rod!  They got pulled around for over an hour but finally managed to coral the giant at the boat, taping it out to 62 inches length, scoring 121 pounds!  Way to go Brad! 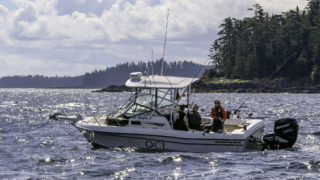 The 16thAnnual Kingfisher Derby kicked off today with $120,000 in the pot!  This annual Catch & Release derby attracts a strong following who compete every year for the largest released Chinook salmon.  With new bait and new fish moving into the sound it’s bound to get very interesting!  Stay tuned!