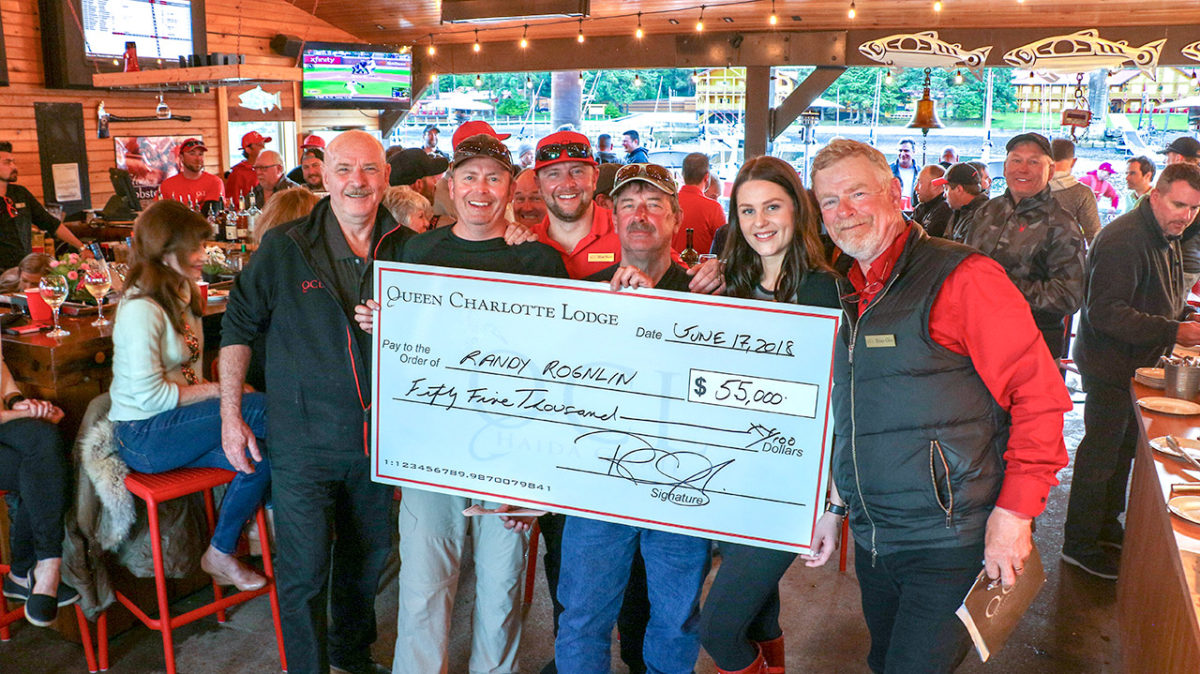 All this blue sky is a little overwhelming to most of us up here!  The temperature hit 21 degrees yesterday and we can hardly stand it!  (But I’m sure we’ll adapt!)  As we hoped and expected, the northwesterlies have been pushing bait into the sound and our salmon fishing is picking up noticeably every day.  Although it’s been a slow start throughout the north coast of Haida Gwaii, we’re seeing an abundance of herring and needlefish and the Chinooks are coming along.  Finding them is a test for many anglers though. 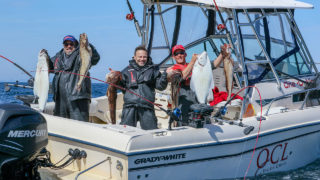 Today Parker Point lit up nicely during the early flood tide with some nice mid-twenties Chinooks picked up.  But at the same time, guides are finding feeders offshore in 150-250 feet of water, fishing anchovies down 50-80 feet.  Sporadic salmon action but usually productive for the persistent!  A beautiful 28-pounder was released yesterday by Christopher D while fishing with guide Tristan O’Brian.  That’s a nice fish boys, well done!

We’re starting to see all the other salmon species showing up now with some mid-teen-sized Chum hitting the dock and reports of Pinks and a couple of Sockeye.  Every once in a while you get a surprise and that happened to day for guide Luke Wagner when his guest Nicole landed a stunning Coho that tipped the scale at 12-pounds!  A nice big one for so early in the season! 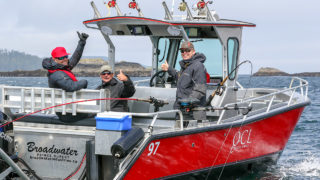 Our 16th Annual Kingfisher Derby wrapped up on Sunday with the usual suspense.  With an additional 7 anglers signing on at the last minute the purse grew nicely and the grand prize for largest Chinook released bumped up to $55,000!  Phil Mudge, fishing with guide Kevin Clough at Bird 2, was leading after Day 2 with a nice Tyee that scored 31.36.  But we knew there were more Tyees hanging around out there.  Sunday morning broke and around 0800 Randy Rognlin, fishing with guide Matt Burr at Cape Naden, registered a beauty that scored 32.91, taking the lead.  Later in the morning a non-derby angler held up a nice big Tyee at Parker Point that was even bigger, just a reminder that no one was quitting before the final bell at 1900 on Sunday night. 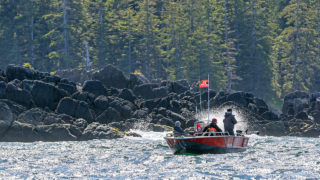 In the end however, Randy’s Tyee held to take the top prize and the Bell Ringer was rocking!  Derby Master Mike Reading presented cheques to all the winners with Phil Mudge getting $30000 with his 31.36, Chris Waters got $15000 for a 27.42 and 4th prize of $7000 went to Mike Lane for a Chinook scoring 26.8.  Interestingly the largest killed fish also scored 26.8 to take the $10000 prize for that category.  Another $7000 was awarded in day prizes.  A big thank you to all participants for coming up and we’re happy to hear that most of them are planning to return next year to try again!  It’s always a fun and exciting weekend!