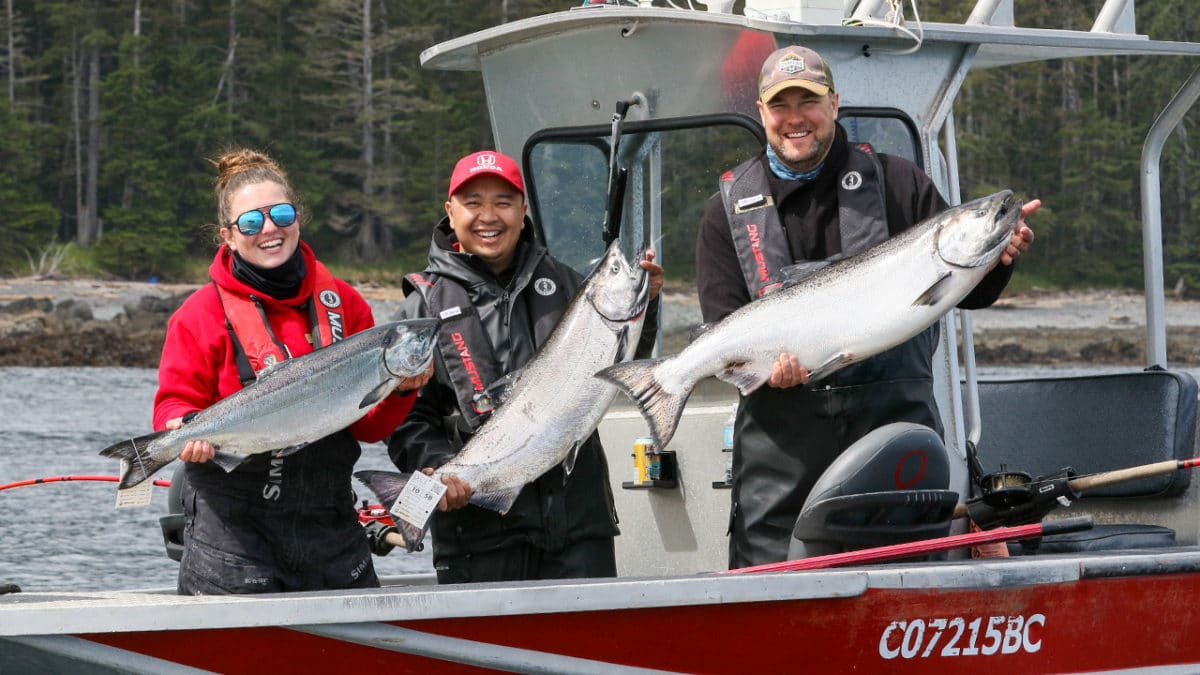 It’s another beautiful June day in Haida Gwaii and guests David, Ariel and myself have formulated our game plan for the day. We’re headed to Bird Rock One excited to ‘stick and stay and make it pay’. As we run out to the fishing grounds the blue sky pokes its head through the clouds, weather is warm, drinks are cold and we’re excited. Dropping in on the west side of Bird One to fish the eddy forming in the bay we look around to see we are the only boat; however we are not quite alone as we are greeted by a big black bear combing the beach beside us. While watching the bear enjoy the beautiful beaches along the fishing grounds we drop our gear and begin trolling. First pass through and we hook into our first fish of the day, a nice 15 pound chinook! The boys get the gear back in the water quickly and we drop in for another pass. Shortly after working along we hook into our second fish of the day. This time we were able to land a nice and very scrappy 25 pounder! Spirits and excitement are even higher now as we drop in again to troll between Bird Rock One and Cape Naden. This time it takes a little longer but the fish hits and takes off running! After peeling 100 feet of line three separate times we are able to get this fish closer to the boat and get a look at it… and it’s a good one! Dave keeps his cool playing the fish as Ariel and I look at each other with excitement. After a long and well fought 10 minute battle, the fish is in the net and the Tyee beers are being cracked in celebration of this beautiful 32 pound Chinook!

As the tide begins to slack off we decide to go out halibut fishing and head off shore. After some hard work jigging at a few hundred feet the boys land two nice halibut and it’s off to the Driftwood for lunch. They’d worked up quite the appetite! Once refuelled and recharged we head out hunting for that last chinook. Working along the face of Parker Point we are able to get a couple bites but nothing stuck right away. However, we resort back to our stick and stay plan and after an hour land our fourth and final Chinook.  Next stop was back to the Bell Ringer to celebrate another great day out on the water full of many laughs and some great fish! While there’s no such thing as a bad day out on the waters of Haida Gwaii, this one was definitely a day to remember! 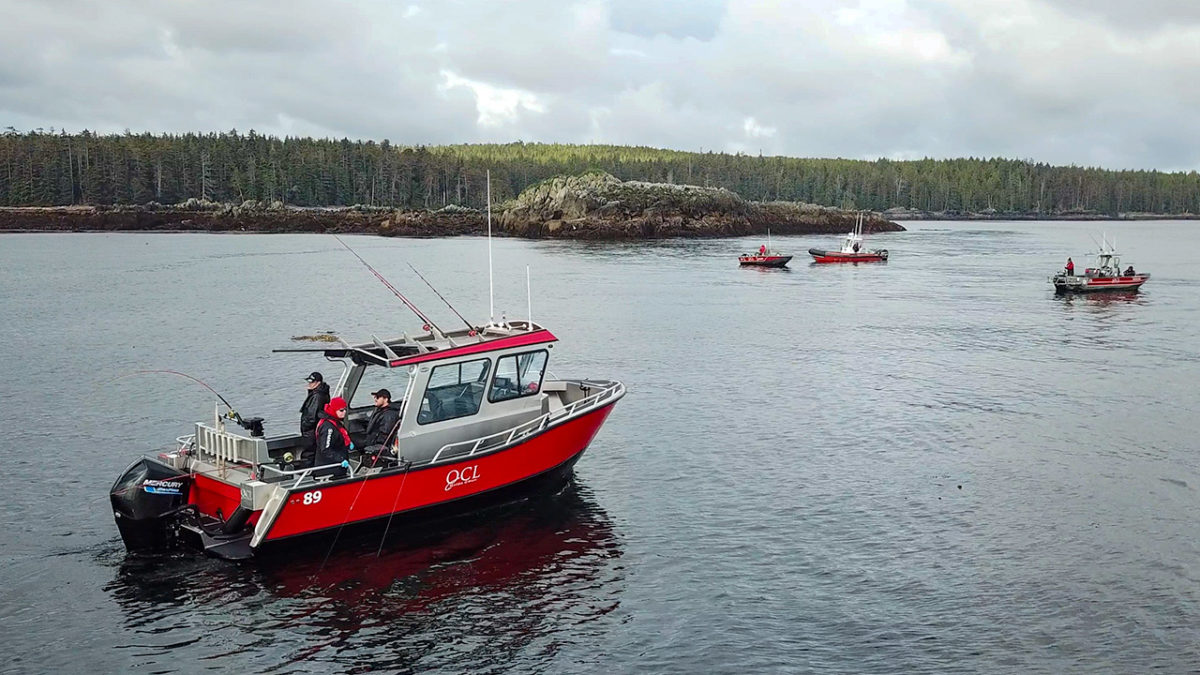