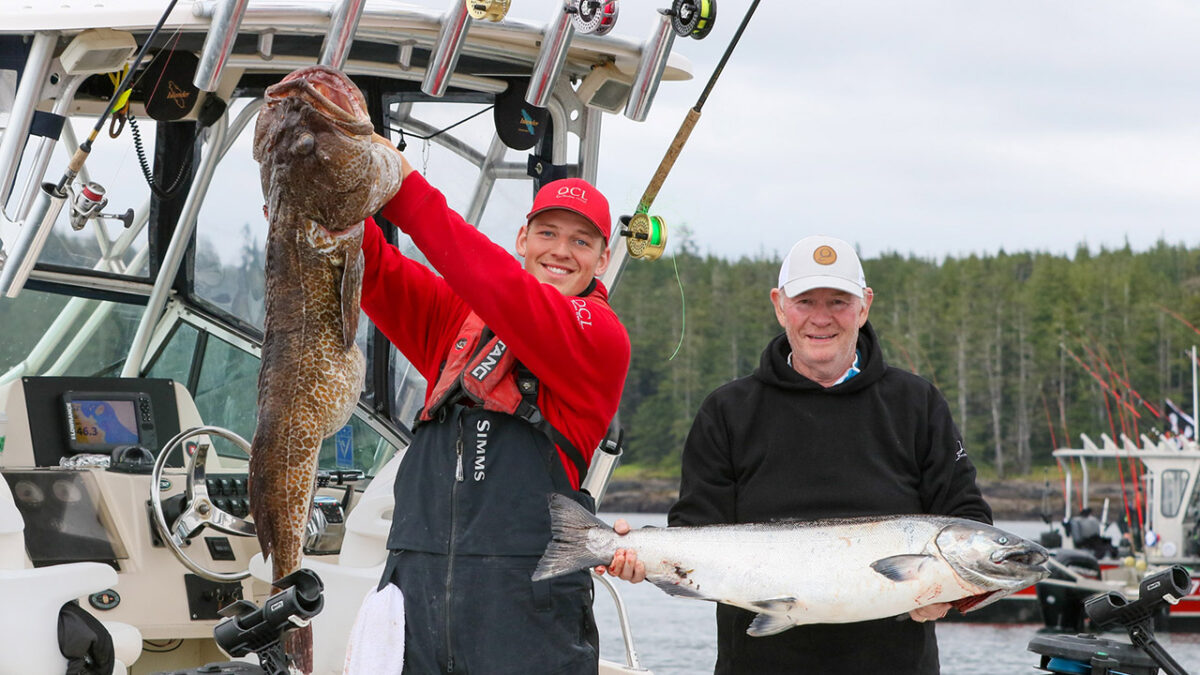 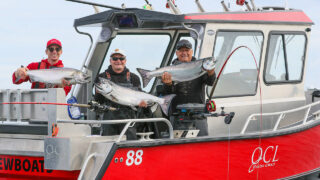 After an opening week with classic summer northwesterlies, QCL guests have enjoyed the last 10 days with mostly light winds from all around the compass.  That’s given us full opportunities to explore the fishing grounds and our guests have certainly taken advantage of that!

Salmon hunters have been really spoiled – they never have to wander more than a few metres from the beach! 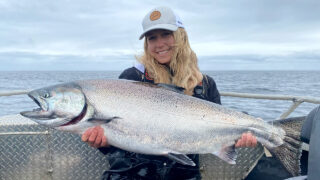 Through all of July we’ve seen huge volumes of feeding Coho and Chinooks inshore, from the eastern boundary to the west.  Many QCL guests have their own favourite spots to fish and these days they’re happily hanging out, being productive, in their favourite waters.  With so many salmon in the area, there is a healthy mix of teen-sized feeder Chinooks swimming with the more mature, migratory stocks on their journey towards the river. Anglers are pleased to land those 16-20-pounders that provide the ultimate filet for the dinner table. 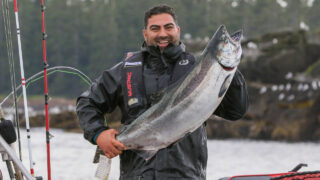 And there are enough of the beautiful big Tyees in the area to get a serious chance at one of those.  The big fish this weekend was a gorgeous Chinook that taped out to 47 pounds for veteran QCL angler Roy J, fishing with his guide Clint, over at Cape Edenshaw.  Our guides are making an extra effort to handle the fish as little as possible if their guest wants to release it.  Guest Kyle B chose to release his big Chinook that was taped out to 37 lb by his guide Tegan and self-guided anglers Jordan and Tara elected to release their chrome silver Tyee that scored 34 pounds at the Mazzaredo Islands.  It’s great to see some of these awesome fish get a second chance.  On the Coho front, the numbers in the area are substantial with the average size currently around 6-8 pounds.  We’re seeing some 9’s and 10’s so that number will climb quickly in the coming weeks. 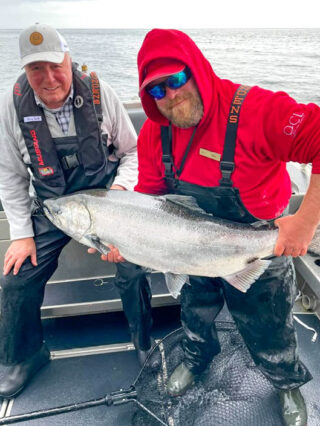 Of course, these light variable winds give perfect opportunities for bottom bouncing and everyone is getting out there to jig up some tasty lingcod and halibut.  While most anglers are picking up a pair of “unders” 12-19 lb, (do-able in one day, this season) there are always some who find those big “turkeys” in the 30-50 pound class.  This weekend Paul T hauled up a 59-pounder, Roger R a 45, Derek S a 45 and Neil S released one that scored 48.  Last week we got into some big ones with 5 halibut taping out to more than 140 pounds each… lots of excitement in those boats!  The great mystery of bottom fishing is so appealing because you just never know what you’re going to pull up from the deep!  But we do know that getting out on the ocean to enjoy the marine world and seeing all that it has to offer is something very special.  And when we can get some tasty fish to bring home and share with family and friends, it’s an adventure that just can’t be beat!  Thanks for coming up!  We totally know where you’re coming from!