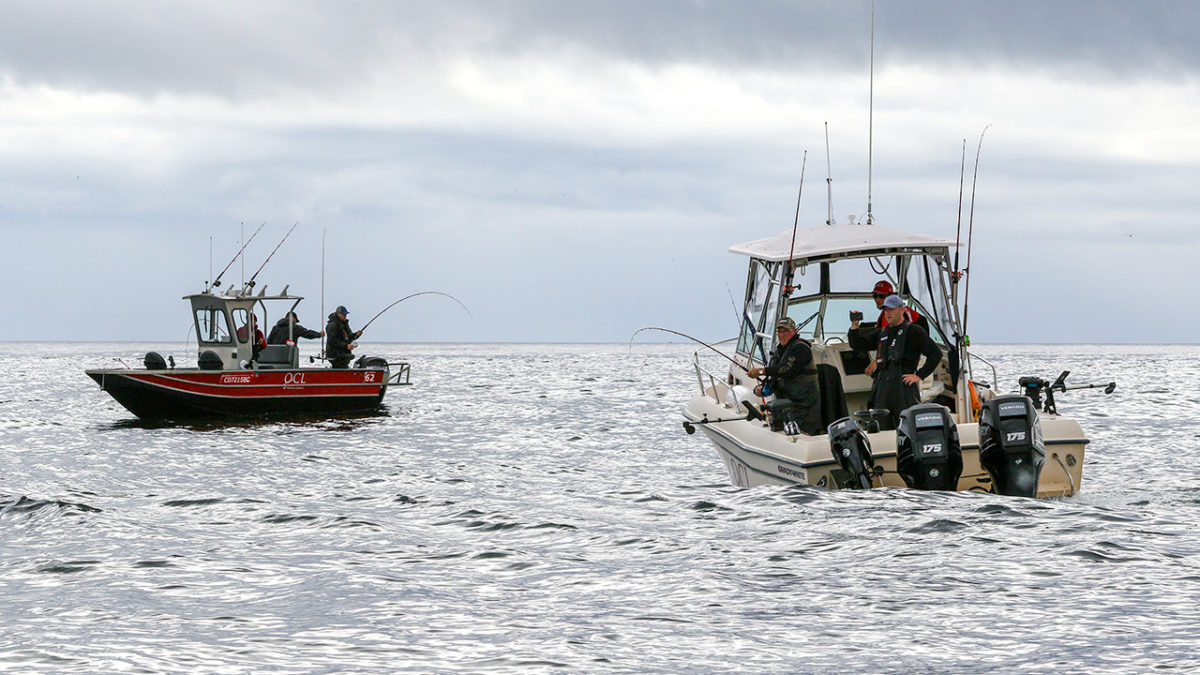 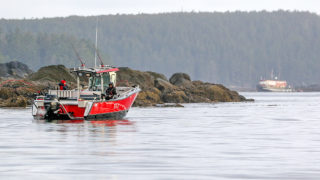 You can feel the excitement throughout the entire lodge right now.  The past few days have included some steady winds from the northwest, which has brought the entire fishing grounds to life.  The birds are everywhere, having a hard time deciding which bait ball to dive on.  Humpback whales are working together, scooping up massive mouthfuls of fish as they move across the grounds.  On top of all this, the fishing has picked up significantly.

The past few days have seen some of the best chinook fishing of our season so far.  It appears as though a new wave of fish has started to push its way across our grounds. Multiple Tyee’s are starting to be caught, and we just had the first 40 lb Chinook caught of the season.  Fish are still being caught offshore in the deeper water, but the inshore fishing has really improved over the last couple of days.  Most of the salmon are still being picked up around the slack tides; however, as the tidal differences continue to decrease, the fish seem to be biting a little more consistently throughout the day.  On top of all this, the Coho have started to show up in little pockets scattered across the halibut grounds.

Halibut fishing has also been getting better and better.  The smaller “chicken” halibut have been plentiful as always, but some absolutely massive halibut have been caught on the grounds as of late.  Some of them have even been found in some pretty unexpected places. Last trip my guests and I were trolling around Cape Naden looking for a chinook.  We were working in tight to the kelp bed when all of a sudden the back rod started to scream out line. It wasn’t long into the fight when my guests and I realized something fishy was going on. After the initial “run”, the fish just stayed down on bottom.  Every time we gained a couple of yards of line, it took them right back with a single pull.  Finally, after about a 30 minute fight, we got it to the surface. 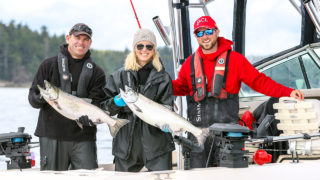 It measured out to a 100 lb halibut.  The thrill of seeing a fish that big never gets old, and to reel it up on a salmon rod with 30 lb test makes it that much more impressive!

You really never know what you are going to see each and every day up here.  We truly have the coolest office in the world.

Until next time – Keep your rod tip up!