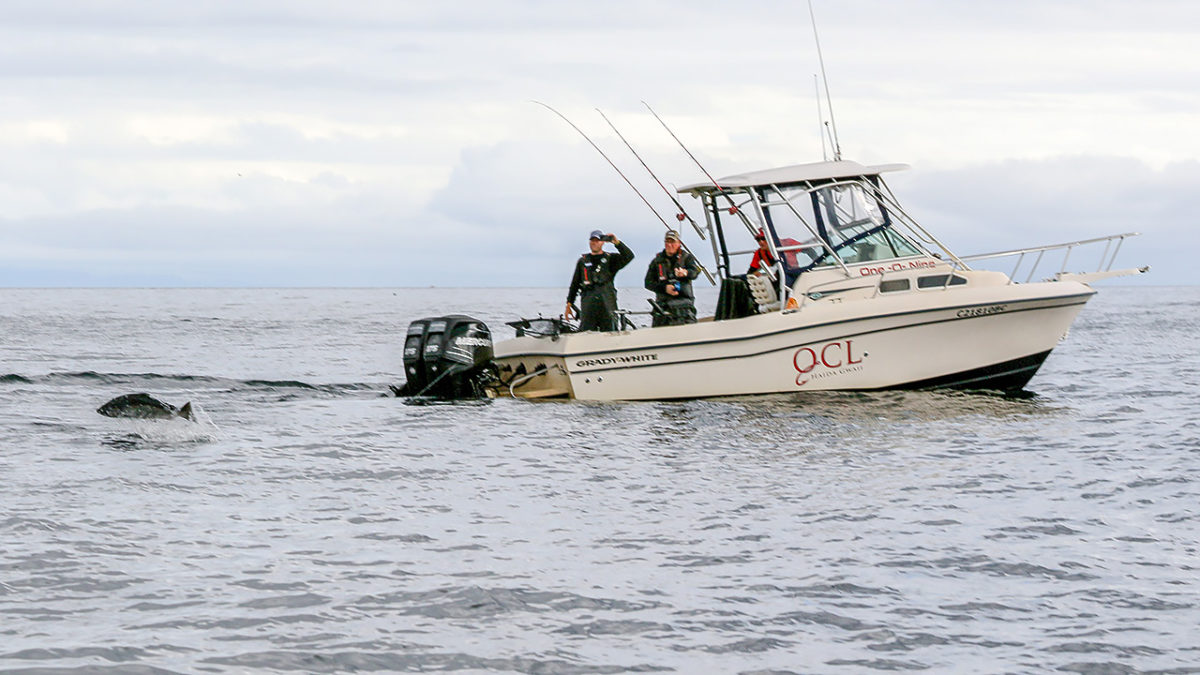 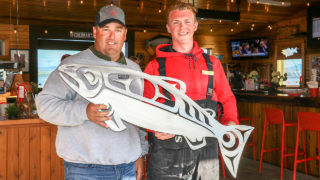 Nice to see the world trying to move to “normal”- around here at least!  It’s amazing what a few days of wind can do.  The arrival of considerable amounts of bait both inshore and off, has turned up the fish volume noticeably.  We saw a half dozen Tyees on the weekend with the largest being a 40-pounder released at Klashwun Point by Jason H with his guide Cole Guolo. They attempted a replay on Saturday but unfortunately the 30-pound Chinook was not able to be revived.  Nice work guys!

Offshore we’re finding more Coho, Pink & Chum salmon while running spoons and anchovies down 80 – 110 ft.. They’re typical 5-9 pounders this time of year but are providing some good sport and some variety in the fishbox. Every once in a while a nice bright Chum takes the bait and surprises the angler with a very determined battle! Pound for pound a Chum is one of the toughest fighters out there.

We’re accustomed to our guests encountering some massive Halibut during their stay and this year has been no exception!  Fish over 100 pounds are reported every other day and many weeks we’ll hear about one over 200.  But a couple of times each summer a QCL angler manages to haul up a fish of epic proportions, the proverbial “barn door halibut.”  Such a fish came to the boat of Michel D , fishing with QCL guide Sam Johnstone. This one came up relatively quickly; it took Michel only 45-minutes to bring her to the boat.  But when she came alongside Grady 110 on Wednesday afternoon, they were all in awe of this massive fish.  With Denis M on the phone camera, Sam and Michel carefully measured the length before removing the jig and setting her free.  At 84 inches in length this  big female scored out to 323 pounds!  It has all the makings of a fish story that will no doubt be shared through generations!  Congratulations Michel !