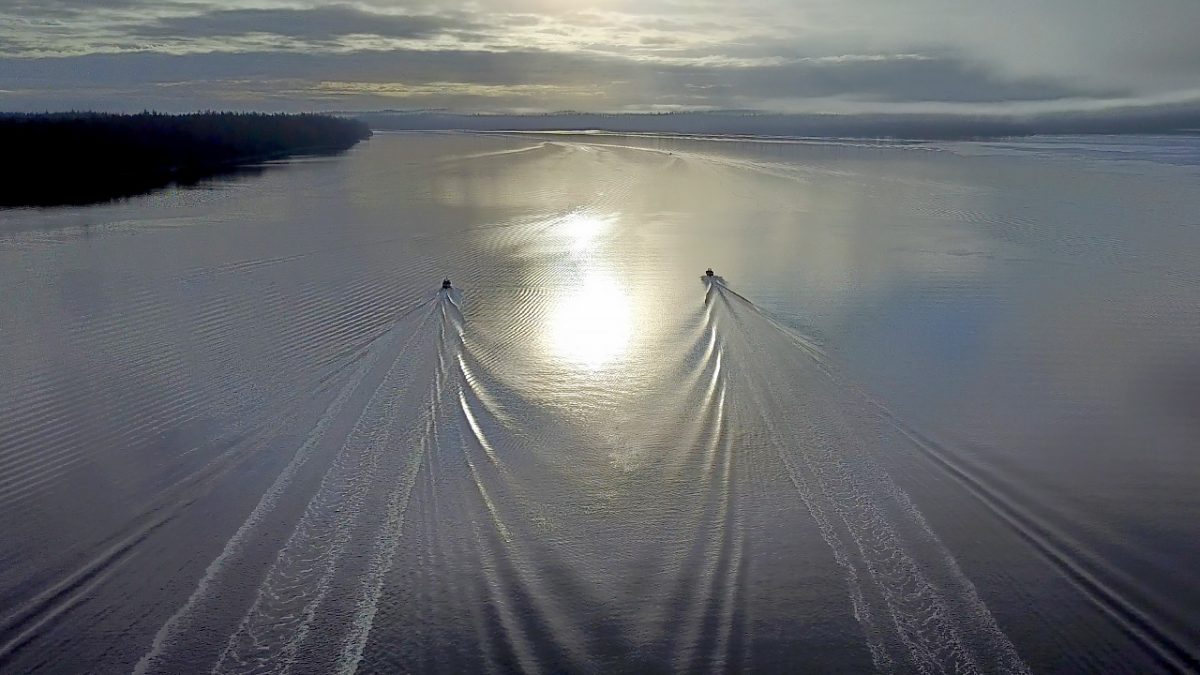 Anticipation and excitement among guests and guides was high for the shotgun start at Cape Naden. At 12 noon the horn went off and all participating boats raced to their favourite fishing spot between Cape Naden and Klashwun Point. Between my four guests from Quebec and myself we decided to fish Bird Rock One, a spot that doesn’t get hit hard and gets looked over by many. On the first pass we hit a shaker, a small feeder Chinook.  Over the first couple of hours the radio was fairly quiet, with only a few radio calls to the derby weigh boats. After a quick lunch break on the Driftwood the leading C&R fish was scored 28.9, a respectable leader for the early start of the 3-day trip.

With no boats at Bird Rock we went back and scraped the wall and worked the east bay. With an hour before the tide change Bird One was looking fishy and setting up really nice. After a few passes along the wall the outside rod went off, popped the clip and line started sizzling off of the reel. My guest Mathieu Savard was on the rod playing his first ever Chinook salmon and he was into a good one. Long screaming runs had the boys quiet as the concentration and focus was intense.  A lengthy battle ensued and after a 25-minute fight the big Chinook was in the bag.  After a brief discussion we entered the fish as a release, it scored 32.01, a solid fish to take the lead for Day One.  Shortly afterward a call to the weighmaster from another boat which scored 35.07 resulted in Mathieu’s fish getting bumped to second overall at the end of Friday.  Well done Mathieu, that was a fun ride to be a part of!

Best of luck to all derby participants over the rest of the trip…enjoy your time out there!  Keep your tip up, line tight and hang on for the ride.